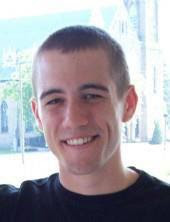 Two recent posts about wounded Army 2nd Lt. Nick Vogt -- Why We Pray and In the Name of Love -- received an overwhelming response. During another holiday season at war, it is clear that the bravery, tenacity, and faith displayed by 2nd Lt. Vogt and his family in the two-plus weeks since the soldier lost his legs in Afghanistan is inspiring thousands around the world.

While every comment, e-mail, Facebook message, and tweet is appreciated, it was most meaningful to hear from some of the soldier's relatives and friends, who are still praying hard for their loved one.

"I have always felt that I have been blessed to have the family that I do - both immediate and relatives," a female cousin of the soldier wrote to The Unknown Soldiers. "But seeing the love and support that has surrounded Nick this past week has been like nothing I have seen before. There is no love quite like that of your family and I am fairly certain that is what helped him fight to live."

Ever since the Vogt family asked for our prayers, they have been echoing from Afghanistan all the way to Crestline, Ohio, where the family lives. As you can see in the below picture, originally posted on the Nick Vogt family Facebook page, prayers have also been said at New York's St. Patrick's Cathedral, just a few miles from where America was attacked on Sept. 11, 2001. Inside the historic Manhattan church, an unidentified supporter lit a candle for the wounded warrior.

On Wednesday, the soldier's mom, Sheila Vogt, updated Facebook followers on the condition of her son, who is being cared for in Bethesda, Maryland.

"Thanks to everyone for your kind words of support and prayers. These updates are not only for you but they help Steve & I too. It is a nice way to get a 'hug' from all of Nick and our friends," the post began. "Nick was in a long surgery again today. More work on his wounds. The General Surgeon gave us a very good report after the surgery was done. He was smiling a lot during this report."

A previous post made clear just how serious the soldier's condition has been since the terrorist attack in Afghanistan took both of his legs. The amount of donated blood that's purportedly been needed to save the soldier's life is startling.

"Before he was even sent from Afghanistan he received over 400 units of blood (the average body has 15), although not needing blood ever day he is approaching 500 units now," the post said. "For everyone who doesn't give blood because they think it just sits in a warehouse and goes bad, that may be true every once and a while but in many cases you could be saving a life like Nick's."

In addition to donating blood to help wounded troops and hospital patients in your communities, there is something else you can do to lift the spirits of this wounded warrior and his family. You can send him a card for his 25th birthday, which is Dec. 13, for Christmas, or both.

According to the family Facebook page, cards and messages of support can be sent to:

As 2nd Lt. Nick Vogt and fellow wounded troops in hospital beds all around him fight for their lives, we must keep sending cards, lighting candles, thinking, and praying. As this devastating, yet also inspiring post-9/11 saga has revealed, showing our troops that they have our undying support really does make a difference. 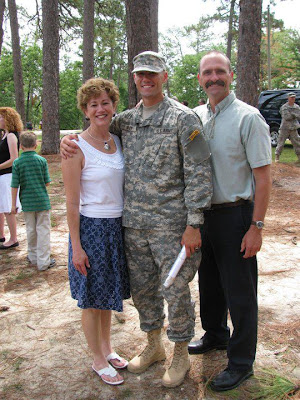