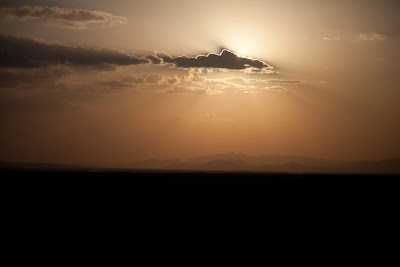 "I went and sat with him there in the cold and chatted with him until it started to (reach) daylight," Mosher wrote. "He still felt very badly about (the wounded soldier) and he said that it should have been him that stepped on the IED."

Seeing their breath as they spoke in the frosty southern Afghanistan air, Mosher tried to console his brother in arms.

"I knew he was hurting," Mosher, 40, explained. "And despite my desire to help ease his pain, all I could do was just be there to listen if he needed to talk. It bothers me very much that I could not do more for him that night."

After a quick nap, Murray, from Spring Lake, N.C., with roots in Red Boiling Springs, Tenn., boiled with fury toward the enemy. The soldier bolted to the front of his patrol to clear roadside bombs.

"I had never seen him look like that before," Mosher, first sergeant of the Army's D Company, 2nd Battalion, 34th Armor Regiment, wrote. "I believe he was even more determined than ever that he was not going to let it be another one of his men that got hurt next time."

Later that night, after spending Nov. 21 finding numerous bombs and saving countless lives, Murray was dead. The previous and subsequent quotes are contained in two powerful letters written by Mosher, who emailed The Unknown Soldiers from the war zone.

"I cannot begin to say how sorry I am regarding the loss of your loving husband," Mosher wrote to Murray's wife, Shelee. "I would not begin to try to offer words that were intended to ease your pain or soften the blow."

Mosher recounted the moment he learned by radio that Murray had stepped on an improvised explosive device, just as they had discussed the previous night.

"My heart fell into my stomach, and I felt sick," the soldier wrote. "I had a feeling of hopelessness at this moment. I began to feel that no matter what we did now, we were all doomed to be maimed or killed this night."

With no moonlight to guide them, Mosher and his fellow soldiers wandered into the treacherous darkness and found Murray's body. As they carried their departed brother in a blanket, Mosher saw shadows of his own death.

"I saw a bright flash just to my left front, and there was a huge explosion," he wrote.

After being thrown into a wall, Mosher woke up on top of Murray's body. But in that confusing, awful moment, the soldier had a profound realization. Most likely, his fallen friend absorbed much of the explosion and saved his life.

"Had it not been for this, I am sure we all would have been killed or much more severely wounded," the soldier wrote.

A stunned Mosher sat down to write another difficult letter.

"I truly expected he would get better and soon be home in the states before the rest of us," Mosher wrote to the fallen soldier's parents, David and Lynette Sharp of Idaho Falls, Idaho. "I suppose these things are only for God to understand."

First Sgt. Edward Mosher shared these deeply emotional letters to help more of us understand the incredible sacrifices being made for our freedom. Some of the last words he wrote to the widow of Sgt. 1st Class Dennis Murray, whom Mosher believes saved his life after losing his own, should resonate with every American during this holiday season. 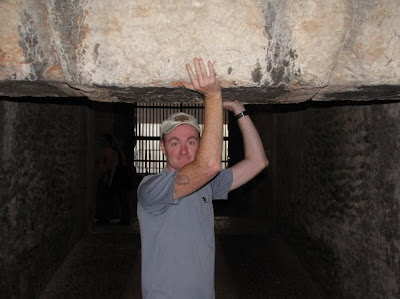 "It would seem that even after his death your husband was still making sure he did not let anyone else get hurt if he could."