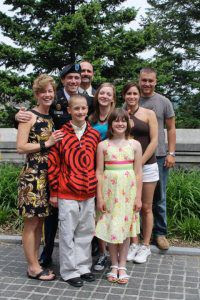 The last time this blog updated readers about wounded Army 1st Lt. Nick Vogt, the situation was precarious. One of his sisters, Olivia, had posted an urgent prayer request on the family's Facebook page before another very serious surgery. First Lt. Vogt lost both his legs while serving in Afghanistan on Nov. 12.

"What a great day," he wrote late Tuesday night. "New pain med seems to be working good. Nick seems a little clearer. There were several big smiles from him today. (None were for any of my jokes. Situation normal.)"

Vogt, who turned 24 on Dec. 13, faces a change in lifestyle that few of us could imagine. Yet judging by every Facebook status update and all the wonderful e-mails The Unknown Soldiers has received from the hero's relatives and friends, there is no doubt that Nick will conquer this new challenge.

"He got his new wheelchair today. A powered model," Nick's dad wrote. "They put him in it for a 20 minute trial sit but he wanted to stay in it longer so he went for an hour. What a stud."

Indeed. But another group of studs and angels are the parents and siblings of this wounded Army Ranger. From the very first day of this painful ordeal, the Vogts have invited the public into their lives, shared difficult details about their son's recovery -- even when the situation appeared dire -- and pleaded for prayers, which have been said everywhere from their quaint Ohio hometown, to the cold mountains of Afghanistan, to the candle-lit magnificence of New York's St. Patrick's Cathedral.

"I told Nick about what Fr. Mike said about Nick's current trials and relating it to Jesus falling under His cross during His passion," Nick's father wrote on Monday. "I think it made Nick feel good to believe that his current suffering could somewhat be compared to the pain that Jesus felt. He is being strong. I'm very proud of him."

As the war in Afghanistan continues at this very moment, 1st Lt. Vogt and his parents know that they are not the only ones who have suffered or will face extraordinary new challenges.

Vogt's heart briefly stopped after a roadside bomb robbed him of his legs. The amount of donated blood he needed to stay alive is among the highest any wounded service member has ever received. Some Naval Academy buddies even wore Army gear to show their support for the West Point graduate at the Dec. 10 Army-Navy game. In short, the military community and much of this nation have come together to pray for this fine young man's survival.

With Christmas approaching, 1st Lt. Vogt is alive, which is something to be thankful for. But as we spend the holidays with our families, we must continue to pray for Nick and his wounded brothers and sisters in arms, as well as families like the Sharps, who lost their loved one, Sgt. Ryan Sharp, after he was wounded in combat on Nov. 21. Our hearts go out to the Sharps and all families of fallen heroes.

After more than a decade at war, the conflict in Afghanistan is not over. But every once in a while, a reason for hope is revealed through war's dense fog. After witnessing the bravery, tenacity, and faith shown by 1st Lt. Nick Vogt and his family, it is clear that Christmas is still a time for miracles. 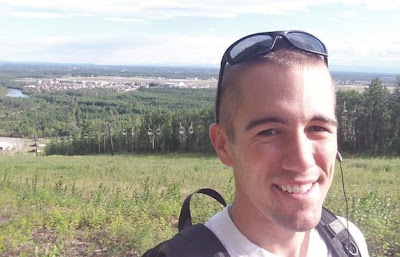