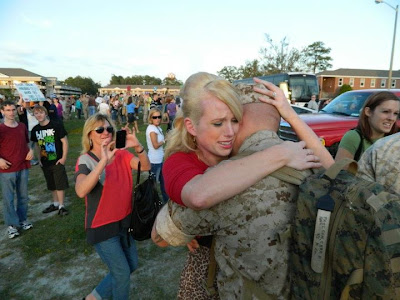 When I spoke with Hospitalman Samantha Paulson over the summer, she repeatedly made a wish. She wanted her husband, Hospital Corpsman Second Class Chris Paulson, a fellow Navy Corpsman, home from Afghanistan. At the time, he was in the middle of a very tough deployment that included the tragic loss of a brave Marine he was caring for on the battlefield.

Last week, I got an e-mail from HN Paulson. She got her wish -- her husband came home safely in September -- but she was actually e-mailing The Unknown Soldiers to relay another wish from U.S. troops on the front lines.

As a July column about the Paulsons explained, the first year of their wartime marriage has been filled with sacrifice and uncertainty, with one rarely knowing where the other will be ordered to go on a given day. But instead of asking for gifts during this holiday season, HN Paulson wants to give them, and is asking us to do the same.

"I'm sure that you are well aware of the (Wishbook) that the USO has created online for deployed troops," she wrote. "Of course it is a charity incredibly close to my heart along with Toys for Tots but I was hoping that you could mention to your readers that for as little as $15 they could make a service member overseas smile while they are away from their family during this holiday season."

I worked as Director of Story Development at the USO before joining the Travis Manion Foundation as Communications Director. The USO is a wonderful organization that does a stellar job of connecting deployed troops with family members, friends, and supporters on the home front. The USO Wishbook program is just the latest example of the forward-thinking organization's efforts to lift the spirits of our troops and their families.

While the USO Wishbook is billed as "an alternative giving catalog," it is much more valuable than the dozens of catalogs filling your mailbox from department stores this holiday season. This catalog sells dreams that money usually can't buy, like a phone call home for a deployed service member, bedtime stories for children who will spend the holidays without a mom or dad to read to them at night, or sports equipment for forward operating bases, so troops can play football together while the NFL playoffs and college bowl games are going on back home.

HN Samantha Paulson is trained to care for the sick, injured, and wounded. This holiday season, as she feels thankful for her husband being home but worries about troops still deployed overseas, she is unfortunately facing some serious health challenges of her own.

"On a lighter note, I had a wonderful Thanksgiving with my husband, our roommate (whose husband is deployed to Afghanistan), as well as some co-workers who did not have anywhere else to go," she wrote. "I hope that your Thanksgiving was as equally as wonderful and full of family and good food!"

My wish is that this Navy Hospital Corpsman feels better, and that her New Year is just as happy as last week's holiday. To demonstrate that, I plan to support the cause that is so close to her heart: sending happiness to troops serving overseas.

As my family celebrates Christmas, we will send our wishes to men and women in uniform serving in Afghanistan and around the world through the USO Wishbook program. I hope you will join The Unknown Soldiers -- and HN Samantha Paulson -- in supporting this noble endeavor. 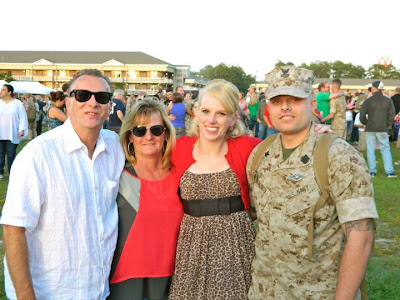