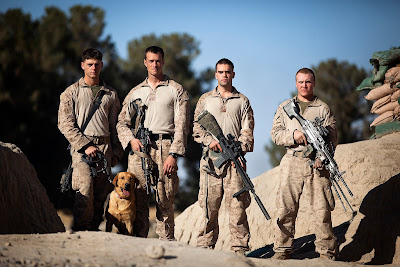 On Wednesday afternoon, I received an e-mail from Cpl. Reece Lodder, a Marine combat correspondent who is currently deployed to Afghanistan. It was a relief to hear from Cpl. Lodder, who I first spoke with before he left in the fall.

"I hope this message finds you well," the Marine wrote. "Please pray for (my wife) and I during our time apart this Christmas season."

With those prayers said, I began reading the story of heroism the Marine journalist relayed from Afghanistan's Helmand province. On a frigid Dec. 2 evening, an Afghan National Army soldier at the front of a joint patrol with U.S. Marines was hit by a car full of civilians, sending the soldier and eight Afghans in the vehicle plunging into a canal.

Many would be frozen after this shocking accident on a cold Afghanistan night. Marines from 2nd Platoon, Lima Company, 3rd Battalion, 3rd Marine Regiment, however, jumped into the canal's cold water to save as many lives as possible.

"It took a split second to realize what happened," Lance Cpl. Nicholas Dumke, a 20-year-old rifleman from Huron, South Dakota, told Lodder. "We train for firefights, not for a vehicle going into a canal … we just snapped into reacting to a high-stress situation and did what we had to do."

In an irresponsible front page article on Thursday, the New York Times unsuccessfully tried to paint U.S. Marines as bloodthirsty murderers, based on a disputed incident that occurred in Iraq more than six years ago.

Flying in the face of some ugly media stereotypes, this important, recent story filed by Lodder from the front lines shows that in addition to being highly-skilled warriors, U.S. Marines are also champions of compassion, often risking their own lives to protect the innocent.

While I'm sad that Cpl. Reece Lodder and his wife are apart during the holiday season, thank God someone like him is in Afghanistan to bring the real story home.

"I'm humbled to have had the opportunity to tell it," Lodder wrote in his e-mail to The Unknown Soldiers. "It is another reminder about why service members do what they do. Not for themselves, but for others." 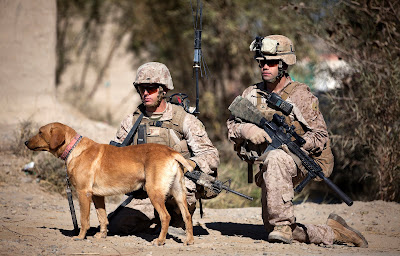