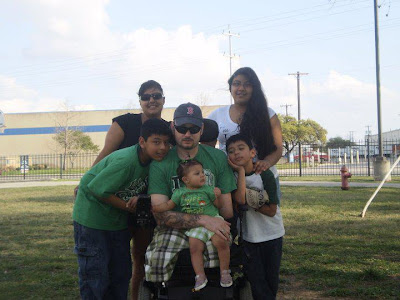 Ten days after losing his left arm and both legs in Afghanistan's treacherous Arghandab River valley, Sgt. Rusty Dunagan lay in a Washington, D.C., hospital bed. After being too choked up to say much to his wife by phone from his previous hospital bed in Germany, he was about to see Angie for the first time since the explosion.

"I was so drugged up," Sgt. Dunagan told The Unknown Soldiers. "But I was calm, and (my wife and mother) were calm because they didn't want to scare me."

Shortly after the emotional reunion, a soldier brought an envelope into Dunagan's room, explaining that it contained some of the wounded warrior's personal effects. Given the violent, unforgettable chaos of the explosion, the delivery was a surprise.

Suddenly without a left hand, Dunagan asked his wife to open the envelope. What happened next may have been the most important moment of his life.

Dunagan, a native of Guthrie, Okla., said he joined the Army on Sept. 21, 2006, four years and one day before the explosion. He had spent the days since 9/11 working at Walmart, where he felt a sharp pull toward serving his country.

"My job in retail was interesting," Dunagan, 31, said. "But I wanted something more."

Though Rusty was still single when he went to Iraq in March 2008, being away from his family and friends was difficult. But as bullets flew, the deployed warrior had no choice but to adjust after deploying from Texas' Fort Hood.

"I made a lot of really good friends there, especially in infantry, because it's like a band of brothers," he said. "I missed my friends and family, but when you're (deployed), you really don't have time to think about it."

Even though the sergeant returned home safely from Iraq, he thought every day about the dozen soldiers from his unit killed during the deployment. It wasn't until his brigade relocated to Colorado's Fort Carson that Dunagan had something to smile about.

"When I met my wife, she knew I was in the military," he recalled. "I told her, you know, we are leaving within a year."

Undaunted by the unknown, they got married. Still, the newlyweds spoke frankly about the challenges Rusty's unit would face during its upcoming Afghanistan mission.

"We knew it was going to be a tough deployment," the soldier said. "I always tried to stay upbeat and keep her positive."

On Sept. 22, 2010, Dunagan set out for the day's fourth combat patrol to help fellow soldiers establish a battlefield position. From his latest hospital bed in San Antonio, where the attack's other wounded survivors are also recovering, the triple-amputee recounted the horror that followed a minesweeper's signal that something was wrong.

"There was a pause," Dunagan said. "I was on one knee, and my buddy behind me, a guy I was bringing out there, was talking to me."

"As soon as he got up is when he hit the landmine," the soldier continued. "Forty-five pounds of homemade explosives went off and blew me into the creek."

Dunagan said he remembers being lifted out of the water and bleeding profusely all the way to the hospital.

"I was conscious until I got to Kandahar Air Field," he recounted. "Then I woke up a week later in Germany."

Days later, he looked into Angie's tearful eyes at Walter Reed as she opened the envelope.

"That's when my wedding ring came out," Dunagan said. "It was really surprising to me, because it was my left arm that was blown off."

Inspired by an extraordinary moment, which the wounded warrior and his wife viewed as a new beginning, Rusty is focused on being a husband, father, and soldier. But as he trains with prosthetic legs, he still has one more battle to conquer.

He firmly believes that momentous day is coming. Yet when shadows of doubt inevitably loom, all Sgt. Rusty Dunagan has to do is look down at his wedding ring. He wears it tightly on the only hand he has left. 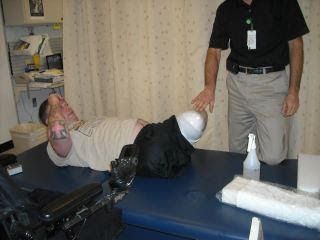