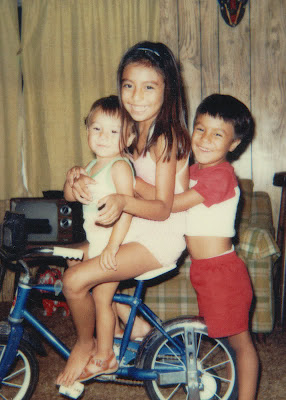 In the middle of a grueling 26.2-mile Marine Corps Marathon on Oct. 30, Monica Velez felt her calves tighten, prompting her to gasp amid the uncharacteristically frigid fall air.

"I just kept reminding myself of something," Velez told The Unknown Soldiers. "This isn't really pain."

Real pain, she said, is losing both your brothers on post-9/11 battlefields in less than two years.

"When my body hurt, I reminded myself that they didn't get to slow down," she said. "There was no time-out."

While time has often stood still for Monica, 32, over the past seven years, rarely does a day go by when she doesn't remember the good times she had with Cpl. Jose "Freddy" Velez and Spc. Andrew Velez while the siblings were being raised by a hard-working single father in Lubbock, Texas.

"My fondest memory was that we had a band when we were kids," Monica said. "I would be the singer because I'm the oldest. Andrew was the drummer and Freddy would play guitar."

Their favorite song to perform was Wayne Cochran's "Last Kiss," which was memorably covered by Pearl Jam in 1998.

"That song will always have a lot of meaning," Monica said.

"It was a peaceful time," Monica said of the year 2000. "But I'm old enough to remember Iraq the first time."

"He said, 'I'll be fine. I'm an American soldier, and nobody's going to hurt me,'" Monica recalled.

Andrew decided to join the Army in 2002, following in his brother's footsteps and helping provide for his family. Monica was worried.

Freddy deployed to Iraq in February 2004. Andrew left for Iraq about a month later. All of a sudden, both of Monica's brothers were at war.

"I spent more than half my days on my knees, crying," she recalled. "I would see the casualties coming home, and I prayed and prayed that God wouldn't do that to me because I don't know who I am without Freddy and Andrew." 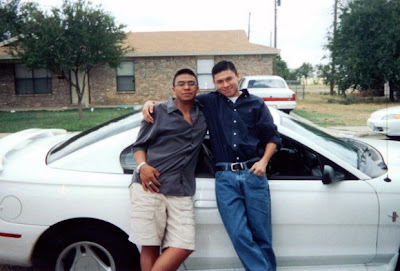 Amid the chaotic confusion of war, a hysterical Andrew called home.

"He started screaming," she said. "It was non-stop and it felt like forever."

The screaming wouldn't stop until July 25, 2006, in Sharona, Afghanistan. Overwhelmed by the unrelenting hurt of his brother's death and a crumbling marriage, Spc. Andrew Velez, 22, killed himself.

Monica, who said she had raised concerns about her deployed brother's emotional state just before his suicide, broke down while discussing her family's second crushing loss.

"There's nothing I can do to change it," she said, in tears. "But maybe I can change it for somebody else."

While Freddy and Andrew's deaths divided Monica's family, the bond with her father, a retired police officer who spent his entire adult life providing for his kids, grew stronger.

"(He) tries to increase awareness," she said. "He also advocates for Andrew's death to be recognized by our community."

When Monica Velez crossed the marathon's finish line, Roy Velez was there to greet her, thanks to a grant from the Travis Manion Foundation.

"I ran back through all of our memories throughout the course," she said. "My dad always instilled a great sense of pride for our country."

While the pain in her legs would subside, the ache in this grieving sister's heart remains. But like "Last Kiss," she knows that someday, she'll sing with her brothers again. Monica Velez also believes her family's pain can help heal a nation at war.

"I tried to enjoy every moment of my run, because at the same moment, someone is fighting for me," she said. "And they wear the same uniform my brothers wore." 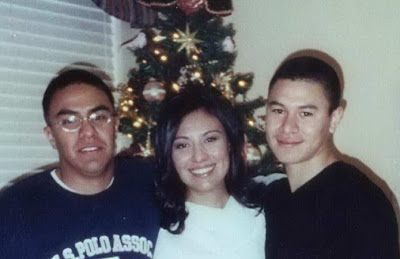