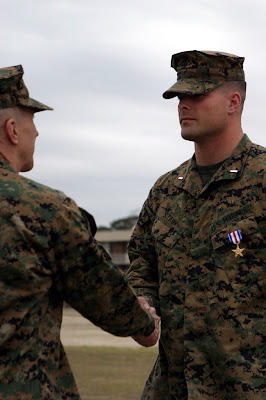 I became an Ultimate Fighting Championship fan when I had the privilege of meeting a fighter named Brian Stann during the 2011 Marine Corps Marathon weekend in Washington.

Unlike many professional athletes who revel in gargantuan paychecks and being dubbed "warriors" by television announcers, Stann is the real deal. From his days as a child in the hard-working city of Scranton, Pa., this combat veteran has earned everything he has, including a Silver Star from President George W. Bush.

During a hellish week of fighting in early May 2005, Capt. Brian Stann, then a second lieutenant, spent several days battling terrorists while trying to seize a critically important bridge with fellow U.S. Marines near Karabilah, Iraq.

The incredible story doesn't end there.

"Inspired by his leadership and endurance, 2nd Lt. Stann's platoon held the battle position on the Euphrates River for six days, protecting the Task Force flank and isolating foreign fighters and insurgents north of the river," the citation continues.

Since receiving the prestigious military award, Stann, 31, has displayed a genuine brand of humility that's mostly absent from my generation.

"I just wanted the award that said 42 out of 42 men came home safely," the Marine veteran said on his website. "We all came home, so mission accomplished."

Two of Stann's best friends at the U.S. Naval Academy, Marine 1st Lt. Travis Manion, 26, and Navy SEAL Lt. Brendan Looney, 29, did not come home safely from final deployments to Iraq and Afghanistan, respectively. Losing two buddies, as well as several other friends killed in combat, weighs heavily on the shoulders of this fierce competitor.

"I had some great times with Brendan and Travis," Stann told me at the Marine Corps Marathon Health and Fitness Expo, where he was promoting the honorable missions of Hire Heroes USA and the Travis Manion Foundation.

Stann, who wrote a book called "Heart for the Fight," revealed his warrior spirit while speaking at the Team Travis and Brendan pre-marathon dinner. The event honored the fallen and rallied a team of almost 250 runners before the Oct. 30 race.

"We need men like Brendan and Travis more than ever," Stann told a packed ballroom in Arlington, Va.

Two things struck me about the warrior's remarks. First, he didn't say a word about himself. Second, he didn't just memorialize his friends; he challenged a room full of service members, veterans, military families, and civilians to honor their sacrifices.

"It's like the scene in 'Saving Private Ryan'," the Marine said. "We need to earn it."

As Stann spoke, several families of fallen heroes, including a Gold Star father and sister sitting at my table, jumped up to applaud.

Very few of us have fought to take a bridge, charged toward the enemy or saved a child's life by disabling a roadside bomb. But in order to earn our freedom, Stann doesn't think all of us have to go to Afghanistan or Iraq. Instead, we can start by taking small steps to change our lives.

On a frigid Sunday morning, 21,250 Marine Corps Marathon participants, including hundreds of wounded veterans, took those steps as the sun rose above the Iwo Jima Memorial. First Lt. Travis Manion and Lt. (SEAL) Brendan Looney would have been proud, especially as their loved ones crossed the finish line.

Are we earning the extraordinary freedoms given to us by valiant Americans who fought for our country? As our brothers and sisters continue to be killed, wounded, and emotionally devastated on post-9/11 battlefields, it's a question we are compelled to ask ourselves.

I am proud to be Brian Stann's newest fan. Now, it's time to embrace his challenge. 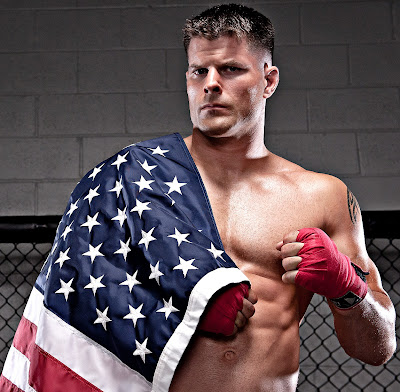