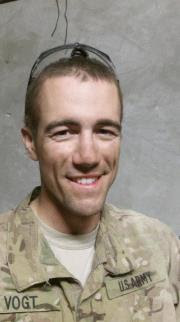 When a Gold Star mother sends me an e-mail or gives me a call, I drop everything to read or listen. Tuesday afternoon, the proud mom of both a fallen hero and an active duty soldier sent me a story that I am compelled to share.

Second Lt. Nicholas Vogt, pictured to the left, reportedly suffered catastrophic wounds on Saturday when the soldier stepped on an improvised explosive device. According to The Mansfield News Journal, 2nd Lt. Vogt, while still Army strong at this hour, lost both of his legs in the tragic terrorist attack.

This news is both incomprehensible and heartbreaking. However, when reading the Facebook page of the soldier's mother, who is politely asking everyone to pray for her son, it's impossible not to come away inspired.

"The phone call finally came this morning at 5:30. It was our German Angel, (name removed for family's privacy)," the Army mom wrote on Wednesday. "He said, 'Mr & Mrs. Vogt, I'm here with Nicholas right now. I'm going to put the phone up to his ear so you can talk to him.' It was the most amazing minute of our lives."

There had been some uncertainty over whether the 24-year-old wounded warrior could survive a flight from Afghanistan to the hospital in Germany. Considering that the soldier's heart briefly stopped after the explosion, according to the aforementioned article, Wednesday's development is being viewed by many as nothing short of miraculous.

The newspaper reported that on Monday night, hundreds of concerned citizens poured into a Shelby, Ohio, church to pray for the soldier and his family, who hail from nearby Crestline. The community came together for the service despite heavy rain.

Less than 48 hours later, it's clear that the prayers of these good people are being heard.

As an American soldier fights for his life, let the prayers of northern Ohio stretch across the entire nation, and echo so loudly that they are heard not only in heaven, but inside a hospital in Germany and inside the unit where this warrior so bravely served in Afghanistan. Even though he's left the war zone, this soldier is still fighting, and we should all be fighting for him.

"Nick is still the same good lookin son we all know and love," his mom posted. "Keep praying, people. Nick still has such a long way to go for recovery that we can't stop yet. Our prayers (and his strong will) have gotten him this far and they will carry him even further, we know it."

Later this afternoon, by coincidence, I will be speaking on the phone with a combat veteran who lost both legs and an arm while fighting in southwest Asia. I plan to tell him about 2nd Lt. Vogt and the soldier's family, who shine brightly even during one of their family's darkest hours. I won't need to ask this valiant veteran to pray, because he already knows how many people prayed for him after he was badly injured.

Despite dozens of surgeries, the wounded warrior I will speak with later today survived. Through the strength of 2nd Lt. Nicholas Vogt, the skill of his doctors, the devotion of his family and caregivers, and the graciousness of God, we all pray that this selfless patriot will too.

Brave soldier: as you heal thousands of miles from our gentle shores of freedom, America is with you. 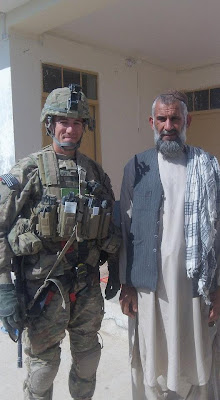