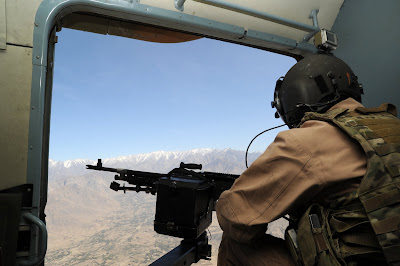 While dining with the families of fallen U.S. Naval Academy graduates Friday night in Annapolis, Md., an honorable man stood and delivered a stirring speech.

Cmdr. Jeff Eggers is a Navy SEAL who currently serves on the national security staff at the White House. He's been to Iraq and Afghanistan, repeatedly risking his life to keep others safe. Now, he's using his academic and military expertise, coupled with his combat training and experience, to improve the lives of our men and women in uniform and civilians on the ground.

Commander Eggers wanted us to think about an oft-used word -- service -- and challenged us to think about its true meaning. The word is personal to this Navy SEAL, who has lost several dear friends in combat. He spoke of the one percent of our population that volunteers to protect us, while also rightfully pointing out an additional one percent that serves: our country's military families. Never in our country's proud history, the SEAL said, has such a small percentage of Americans shouldered the heavy burden of protecting a nation.

He also gave a stirring account of accompanying President Obama to Dover, Del., on Aug. 9, to salute the caskets of 38 brave Americans and Afghans who were killed in a tragic Afghanistan helicopter crash three days earlier. As someone who was in Dover that day, Eggers' account was both vivid and eye-opening. After the grueling, emotional series of dignified transfer ceremonies, the president turned to the SEAL, who was thanking the commander-in-chief for being in Dover to honor his fallen brothers.

"Today is all about the families," the president said.

Less than three months later, today is -- once again -- all about the families. On Saturday morning, reports out of Kabul, Afghanistan, began informing Americans of a stunning, tragic loss. More than a dozen people -- including several U.S. troops -- were reportedly killed in a terrorist attack in the southwest section of the Afghan capital, which evil Taliban spokesmen are already taking credit for. As initial reports filter out of the war zone, we must remember that the situation is fluid, and information often changes.

What will never change is what these troops were doing when they died. They were serving our country. As Eggers brilliantly articulated just hours before their deaths, service isn't just a word. It's a big idea that embodies the very best of America. In a nation that's been at war for more than ten years with an all-volunteer military, those who serve are part of a small, exclusive community of Americans who ask themselves the same question that 1st Lt. Travis Manion, who was killed in Iraq in 2007, pondered before his final deployment. "If not me, then who..."

But today is all about the families. Soon, more moms, dads, wives, and husbands will receive knocks on the door from military messengers, informing them of their loved one's ultimate sacrifice. Even during this time of incredible loss, it is crucial for these families to know that they will never grieve alone. As I witnessed last night in Annapolis, America's newest families of the fallen will join a growing community of wonderful people who did not deserve to lose a loved one. While the pain these families experience is unimaginable, their compassion and wisdom, especially for one another, is unparalleled.

Even in the wake of Saturday's horrific terrorist attack in Kabul, the fight goes on in Afghanistan, from the country's war-torn cities to remote forward operating bases in some of the world's most desolate places. As Cmdr. Jeff Eggers made clear from half a world away, these men and women in uniform define a new, profound idea of service.

Back home, their families are serving too. This weekend, and every day, is all about them. Our thoughts and prayers are with the loved ones of the warriors who fell today in Afghanistan, as well as the brave Americans who continue to risk their lives in Afghanistan, Iraq, and around the world. Civilians like me owe everything to humble heroes like you. 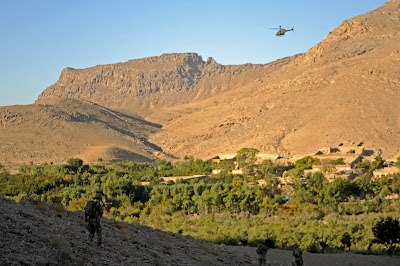