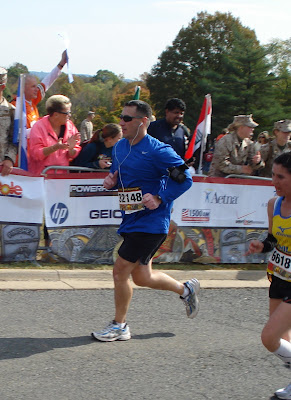 Capt. Jason Dequenne was sitting down for Thanksgiving dinner with his wife and son in Stafford, Va., when he got the stunning news. His friend and fellow Marine, Sgt. Jason Smith, had been killed in Afghanistan.

"I remember collapsing into the chair I was standing closest to," Capt. Dequenne told The Unknown Soldiers. "You're just in disbelief."

As excruciating pain sunk in, hundreds of memories raced through Dequenne's mind, with one in particular sticking out.

"I remember him asking me if EOD (Explosive Ordnance Disposal) was the right thing to do," the Marine recounted. "I didn't plan the years after he joined EOD, but you can't help but second guess."

Dequenne knows his friend's death, which occurred half a world away on Nov. 19, 2010, wasn't the fault of anyone other than terrorists who plant bombs to murder our troops and innocent civilians.

"He went off and did something he was very proud of," Dequenne said. "He saved lives."

In the weeks that followed, Dequenne, the grandson of a heroic Marine who survived the historic World War II battle of Iwo Jima, scanned news outlets for stories about his fallen friend. In addition to reading about other troops making the ultimate sacrifice in Afghanistan, Dequenne also hoped to read more about Iraq, where he once served.

The results were disappointing.

"As an EOD guy, (Sgt. Smith) saved so many lives, and as I looked in the media, I saw almost nothing about it," Dequenne said. "The real tragedy is for (service members) to pass and to have nobody know who they are or what they did."

Like the day he started basic training 16 years ago, Dequenne, who became a Marine Corps officer in 2005 and was promoted to captain two years ago, resolved to hit the ground running and never leave a Marine behind. 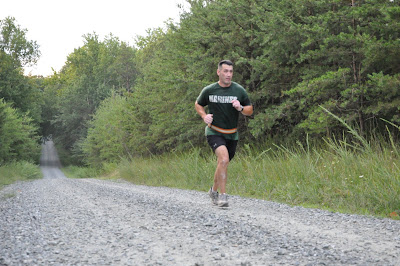 Starting Oct. 15 at the Marine Corps' Philadelphia birthplace, Dequenne will run 236 miles to raise money for the Marine Corps-Law Enforcement Foundation, which gives higher education scholarships to children of the fallen.

"I can't think of a charity that better makes sure that these kids have the best chance to be successful," the Marine said. "They've (lost) a mom or dad, but at least they'll have an education."

While the 236 miles signify the upcoming 236th birthday of the Marine Corps, Dequenne wants to go an even greater distance. For each mile of his run, which will culminate Oct. 30 at the Marine Corps Marathon in Washington, Dequenne will honor a different Marine or Navy Corpsman who made the ultimate sacrifice. He calls it "running a mile in their shoes."

"For some of these folks, it's been years since someone outside of their local communities where they grew up showed interest," he said. "What I hope to do is let the families of these fallen Marines and Corpsmen know that their lost loved one's sacrifice hasn't been forgotten."

While training for the long run has been exceptionally intense, filling most of the Marine's personal time, the hardest part may have been asking for a father's permission to honor his daughter. Dequenne described his phone call with Michael McClung, a retired Marine who lost his 34-year-old daughter, Maj. Megan McClung, in Iraq on Dec. 6, 2006. 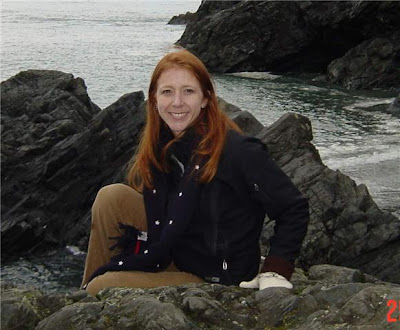 "It's like when you're nervous, as a teenager, about asking a girl to dance," Dequenne said, adding that Megan's dad was kind and supportive. "Like any good father, he's very protective of her."

Major McClung's enduring mantra — "be bold, be brief, be gone" — has inspired thousands around the world, including this writer. What moves me equally is the service and dedication of Capt. Dequenne, who is ensuring that his fallen brothers and sisters in arms are always remembered.

"I would say it has probably been the most enriching experience of my entire life," the 38-year-old Marine said.

Early in his 236-mile run, Capt. Jason Dequenne will spend a mile in the shoes of Sgt. Jason Smith. He'll remember the good times, as well as Thanksgiving, when he learned of his 28-year-old friend's passing. But first and foremost, he'll remember one enduring truth about a warrior and his legacy.

"Once a Marine, always a Marine," he said. 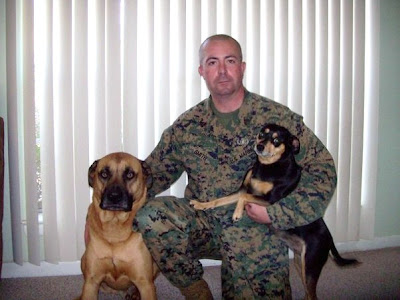 Note: You can learn more about Capt. Jason Dequenne's 236-mile run, the kind individuals making his journey possible, and the Marines and Navy Corpsmen he's honoring by visiting the Freedom Through Sacrifice website.