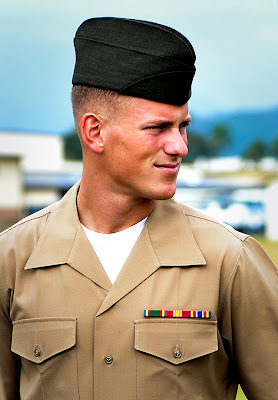 At first glance, Oct. 16 was just another Sunday in Everson, Wash. Without relevant football to watch during a Seattle Seahawks bye week, many citizens enjoyed the crisp fall air swirling through the foothills of the snow-capped Cascade Mountain Range.

Still, something remarkable happened that afternoon, when a young Marine said a prayer before an early Thanksgiving dinner with his wife and relatives. Despite what lay ahead, Cpl. Reece Lodder had something to be thankful for.

"I knew that God had given me some exceptional gifts that I could put to use as a Marine," Cpl. Lodder told the Unknown Soldiers.

While most Americans stuff themselves with turkey on Nov. 24, Lodder will be risking his life in one of the world's most violent places: Afghanistan's volatile south.

After just completing six grueling weeks of pre-deployment training with the 3rd Battalion, 3rd Marine Regiment in California's Mojave Desert, Lodder believes he is physically and mentally prepared for war. The emotional part is toughest.

"Preparing to say goodbye to the most important person in your life for seven months ... it hurts," the concerned husband said. "It's a struggle."

In this time of war, the Marine firmly believes that God and country are calling.

"If nobody was prepared to make that sacrifice, then we wouldn't be blessed with what we have," said Lodder, who was 12 years old on Sept. 11, 2001.

As the future Marine grew up just south of Canada, he saw two close church friends deploy to dangerous provinces of Iraq. While he didn't feel guilty for the good life his parents and four siblings built through hard work, Lodder felt he could do more.

"I was very comfortable with just being here," he said. "But I never felt like I was really giving anything up or contributing to the greater good."

After graduating from high school and then earning his associate degree, Lodder joined the Marine Corps in April 2009. In addition to his will to fight, the ambitious young patriot offered another set of skills.

"I've always enjoyed writing ... I've always had a very strong passion for it," he explained. "And photography I've always loved, but I never had the chance to do it."

As a military journalist, Lodder gets to interview heroes like Sgt. Dakota Meyer, a Medal of Honor recipient and fellow Marine. But Lodder's best training for adjusting to life as a combat correspondent may have come in the Mojave Desert's intense heat.

"It's searing; it's scorching; it dehydrates you," Lodder said. "But we take a lot of pride in knowing that we can endure this — we can laugh through it; we can sweat through it; we can bleed through it — but when we come out on the other end, we've done it successfully."

The Marine knows he cannot walk between Taliban fighters and the improvised explosive devices they plant because he's carrying a camera. As he covers sacred ground on which so many fine Americans have bled during the past decade, Lodder will be in grave danger.

Instead of worrying about his safety, Lodder is thinking about a rendezvous with destiny.

"I'm going to be moving around a lot, doing my utmost to tell the stories of as many Marines and Navy Corpsmen as I can," Lodder said. "I really believe in my job, not only as a Marine, but being able to tell their stories ... I can't think of anything more rewarding."

As he packs for Afghanistan, Cpl. Reece Lodder's overriding concern is his wife's well-being.

"For her, I'm going to be in danger, and that's something you think about every day," he said. "But we've got the strongest perspective that God's taking care of us." 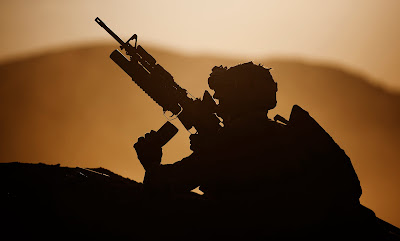