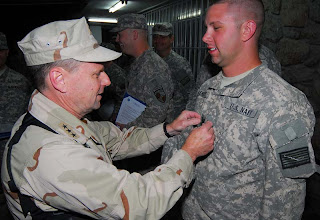 Petty Officer 3rd Class Jarod Newlove, listed as Duty Status Whereabouts Unknown since disappearing with a shipmate on July 23, was found dead on Wednesday by coalition forces, according to the Pentagon.

While reports conflicted as this sad story unfolded, the ending is dreadful for the Newlove and McNeley families. While the exact circumstances of the sailors' deaths remain unclear, we pray for their loved ones and thank the service members who worked tirelessly to recover their remains. This is also a difficult evening for the United States Navy, which continues to investigate both deaths.

The Unknown Soldiers will continue to follow this tragic saga in the days and weeks ahead.