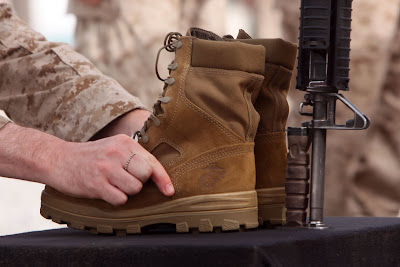 Over the past 48 hours, the Pentagon has identified 14 U.S. troops recently killed in Afghanistan. The fallen servicemembers, who hailed from eleven different states, leave behind grieving families and friends across the nation, as well as fellow troops stationed around the world.

Wednesday morning, officials with NATO's International Security Assistance Force confirmed to various news outlets that eight more U.S. troops were killed on Wednesday in multiple attacks in southern Afghanistan. As we near the midway point of July, we know it will be another painful month for many military families.

While casualty statistics are published, many daily triumphs by coalition forces are unknown. Marines, sailors, soldiers, and airmen are taking enormous risks every single day in Afghanistan and Iraq. As terrorists are killed or captured, schools rebuilt, and innocent civilians protected, there is still reason for hope. If you believe in protecting the United States from another devastating terrorist attack and ridding the world of widespread Islamic extremism, victory is our only choice. There is no group of people working harder to accomplish that mission than the men and women of our military.