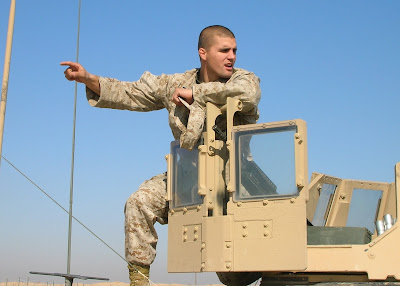 "As a warrior, he strode like a giant across the battlefield of the eastern portion of Al Anbar Province."

That quote was uttered five years ago by Gen. John Allen, who now leads U.S. troops in Afghanistan. He was speaking about a Marine under his command in Iraq, 1st Lt. Travis Manion, who made the ultimate sacrifice on Apr. 29, 2007.

After heart-to-heart conversations with 1st Lt. Manion's mom, dad, and sister, phone calls with Marines who witnessed his many acts of courage, and visits to some of the places where Travis revealed his true character, it's clear that the general's quote was not hyperbole. This Marine was a real-life giant.

Travis spent most of his childhood in the Philadelphia suburb of Doylestown, Pa. One summer day in a pizzeria, Travis walked in to grab a slice with one of his best friends, who is African-American. The man behind the counter served the white customer, but ignored his black friend. 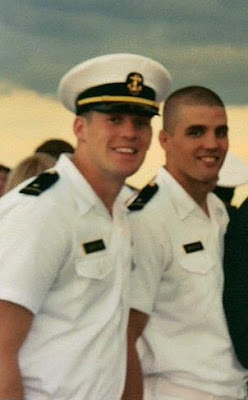 Travis and his college roommate, future Navy SEAL Brendan Looney, were U.S. Naval Academy students when terrorists attacked America on Sept. 11, 2001. Despite knowing the risks they would face upon graduation, the popular, good looking Navy athletes never wavered from their ultimate goal: defending the United States during a time of war.

"They were focused," Travis' mother, Janet Manion, told me. "They knew how to have a good time, don't get me wrong, they could party like the best of them. But when it came time to do the serious stuff, they knew how to get serious."

On Dec. 4, 2006, with his second Iraq deployment just days away, Travis took in a Philadelphia Eagles game with his brother-in-law, Dave Borek. As they left the stadium celebrating a victory, Dave joked about tripping Travis, so the resulting injury would prevent him from going back to war.

Even though he knew Dave was kidding around, it was time to discuss "the serious stuff."

On Apr. 29, 2007, in Fallujah, Iraq, a Marine and Navy Corpsman had already been shot by a sniper when 1st Lt. Manion, 26, displayed a quality for which Americans and Iraqis alike respected him. He put others before himself. Travis, while firing on enemy positions, helped pull his wounded brothers to safety before the sniper's bullet pierced his heart.

"His courageous and deliberate actions inspired the eventual counter attack and ultimately saved the lives of every member of his patrol," Travis' posthumous Silver Star citation reads.

When Travis' Naval Academy roommate, LT SEAL Brendan Looney, 29, died in a Sept. 21, 2010, helicopter crash, he was wearing a memorial bracelet engraved with his dear friend's name. While the fallen hero's wife, Amy Looney, told me the bracelet was never found, it is likely buried somewhere in the sands of Afghanistan.

If you visit Arlington National Cemetery, where Brendan, Travis, and many more giants of America's armed conflicts rest, you will see the extraordinary sacrifices of the valiant men and women who protect our freedom. "Never forget" isn't just a slogan, it's our solemn duty. 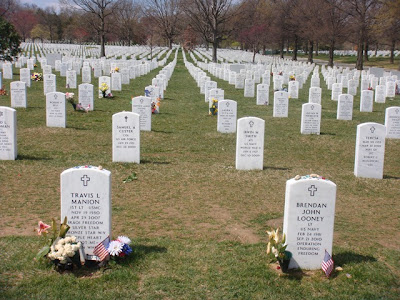 Despite grief, heartbreak, and later cancer, which tragically took the life of Travis' mother on Apr. 24, Janet Manion established the Travis Manion Foundation to assist troops, veterans, military families, and loved ones of fallen heroes. As the foundation carries on her resounding call to honor the fallen by challenging the living, "if not me, then who..." is at the forefront of every employee's thoughts, including mine.

At the dedication of Manion Hall, which houses newly commissioned Marine officers at the The Basic School in Quantico, Va., Travis' father spoke in awe of those who've volunteered to serve since 9/11.

"This generation of patriots and warriors are my inspiration — they are heroes," Col. Thomas E. Manion, USMCR (Ret.), said.

If we follow the selfless examples set by fallen patriots like 1st Lt. Travis Manion, Janet Manion, and LT SEAL Brendan Looney, maybe we can be giants too. 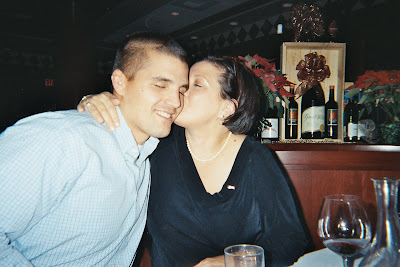