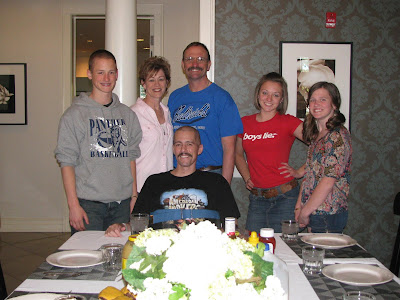 While working on a newspaper column about wounded Army 1st Lt. Nick Vogt in January, his sister, Olivia Hoffman, asked me to pause while her family dealt with another serious crisis. After losing his legs in a Nov. 12 terrorist attack in Afghanistan, 1st Lt. Vogt, 24, was still fighting for his life on Jan. 13 after surgery on one of his lungs.

Two days later, I was relieved to receive this message from Olivia about her big brother:

"Nick has been very stable these last two days and doctors are optimistic the surgery was a success in repairing the lung," she wrote. "Thank you for your prayers and you may send your story whenever you would like."

What the Vogt family has been through since November is more than most human beings could emotionally endure. But given the devastating Apr. 10 injuries sustained by Army Staff Sgt. Travis Mills, who lost his arms and legs in a terrorist attack that also wounded three fellow soldiers, spotlighting the Vogt family can hopefully provide some further inspiration to the Mills family and their thousands of supporters.

The above photo was taken on Easter Sunday in Richmond, Virginia, where 1st Lt. Vogt is currently hospitalized after being moved from Bethesda, Maryland. A day earlier, the wounded warrior's mom, Sheila Vogt, posted some incredibly moving words on her family's Facebook page.

"We were talking about different things (mostly about his future), and another individual came up in our conversation who has more severe injuries than Nick," Mrs. Vogt wrote. "Nick looked [at] me and said, 'Mom, I am so thankful for what I have. All I'm missing are my legs . . . it could have been so much worse.'

"Well, folks, I had to look away because I knew I would start to cry," the hero's mother continued. 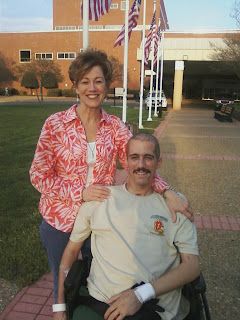 From the beginning, thousands have rallied around 1st Lt. Vogt and his family because this West Point graduate is truly selfless. Everyone who has contacted me about this Army Ranger, from his sister to people who've only heard stories about him from others, have said he has always been one of the most gracious individuals on the planet, before and after his injury.

"For those of you who don't know, Nick's amputations are very high. He is missing the entire leg and his right leg is only 4 - 5"," Mrs. Vogt explained. "His rehab will be very difficult and he has a lot of pain, but it amazes me that he can look past all that and only focus on the good."

Imagine if every American approached life this way. It would make an already great country even greater.

"He still has no idea why people tell him he's inspirational, and why people thank him for his sacrifice," Mrs. Vogt wrote. "He simply says, 'I was just doing my job. No different than any other soldier.'"

First Lt. Vogt, 24, is inspiring us for the same reason that Staff Sgt. Mills, 25, is provoking a similar outpouring of emotion. Both men genuinely care about others more than themselves. Kelsey Mills, Staff Sgt. Mills' wife, has repeatedly wrote in updates that her husband -- even in the hazy aftermath of an attack that permanently altered his life -- repeatedly asks about the conditions of his three fellow wounded soldiers.

"There is one thing that Nick's TBI (Traumatic Brain Injury) did not change and that is his courage, perseverance, and love for life," 1st Lt. Vogt's mom said. "For that we are soooooo thankful."

As are we. While too many Americans would give anything to have dinner with Snooki and "The Situation," I hope to one day have the honor of breaking bread with 1st Lt. Nick Vogt and Staff Sgt. Travis Mills. Staring into the face of grave danger, these true American celebrities have kept on smiling. 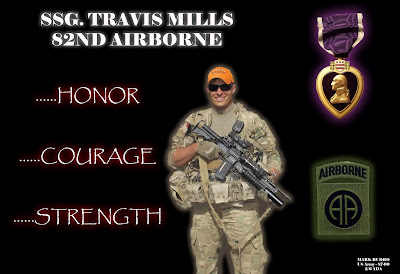