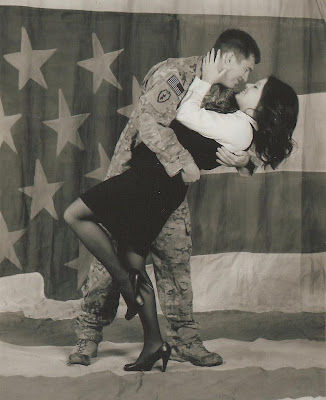 Our lives can change in a single minute. For Nikki Altmann, that minute arrived this past Christmas Day when her husband was killed in Afghanistan.

"Everything we were planning was gone in a moment's notice," Nikki, 24, told The Unknown Soldiers.

The last time she spoke to Staff Sgt. Joseph Altmann, 27, was on Christmas Eve from her hotel room in Ireland. Separated by thousands of miles, the traveling flight attendant and deployed Army combat medic — bound by an unusually strong Skype connection — planned their lives from afar.

"We talked about everything...all of our dreams," Nikki recalled. "He said that February or March was when he hoped to be home."

After getting married the previous February, the young couple spent the first months of their marriage mired in a long-distance relationship before Staff Sgt. Altmann deployed in April 2011.

"I just think the fact that we both knew what we ultimately wanted out of life really attracted us to each other," she said.

Joe was caring for wounded troops and civilians in Afghanistan's eastern mountains when his wife decided to leave her job and move to Hawaii, where a vacationing Nikki had first met the soldier near his base. She wanted to "start being a family" when he returned.

"I love my job, but I love you more," Nikki told her elated husband.

After Hawaii, the Altmanns were planning a move to Colorado's Fort Carson because of a brave decision the soldier made in Afghanistan. Amid the chaos of war, the Army medic re-enlisted for another four years.

"I like being with my guys out there," Joe told his wife. "If someone gets hurt, I know what I need to do. I don't hesitate."

The only time the soldier hesitated on Christmas Eve was when he had to disconnect from Skype to receive some important orders. He called Nikki back and said he was heading out on a two-day combat mission.

Christmas had come and gone in Ireland when the hotel manager asked Nikki to join him in the conference room, where two uniformed guests were waiting. The minute it took to get there felt like forever.

"It was the longest walk of my life," she said.

On foreign soil, Nikki learned that the American soldier she loved so dearly was killed by enemy small arms fire in Afghanistan's Kunar province. Amid numbness and confusion, her first instinct was sympathy for her husband's parents, who live in Marshfield, Wis.

"I looked at my watch, and I said, please don't call them just yet," Nikki told the military messengers who gave her the news. "It's still Christmas there."

After the soldiers gently explained the notification process, Nikki realized the holidays would never be the same.

"This is a possibility you talk about before a deployment, but you pray it never actually happens because there is nothing you can do to prepare yourself," the native Texan said. "That day I'll never forget."

Along with Joe's love of the outdoors and prowess for cooking great meals during the precious evenings they spent together, Nikki won't forget the way supporters rallied around her family. Still, with the war in Afghanistan fading from the national spotlight, she is preparing for a long road ahead.

"Six months from now, people won't be calling to see how I'm doing," she said with striking candor.

Nikki is sharing her husband's story in the hopes that more Americans will recognize the sacrifices of men and women who risk everything for something bigger than themselves.

Her pride in being Staff Sgt. Joseph Altmann's wife comes with an acceptance that grief will always be a part of her life.

"Every day is a constant reminder of what I had, what I was going to have, and what is no more," she said.

As the clock ticks toward eternity, Nikki Altmann has decided how she'll approach the many days before she is ultimately reunited with her husband. 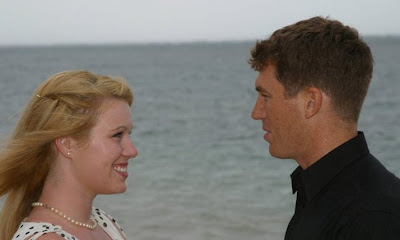