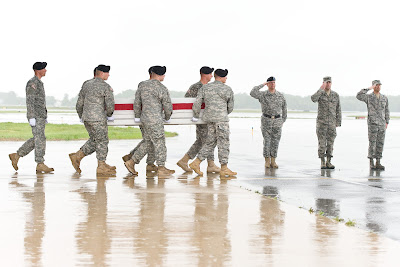 Why should you still care about the war in Afghanistan? Here are six powerful reasons.

The first four fallen heroes listed above died on Apr. 19 in Afghanistan's Helmand province when their Black Hawk (UH-60) helicopter crashed. The tragic incident is being investigated by the military.

First Lt. Walsh and Pfc. Metcalf, according to the Pentagon, were killed Apr. 22 in Paktia, Afghanistan, by an improvised explosive device planted by terrorists. Like their four fallen brothers in arms, they were soldiers in the U.S. Army.

Of course, these brave souls were more than just reasons. They were people with families, friends, and dreams. And while the country as a whole may not be paying enough attention to their ultimate sacrifices, their loved ones, local communities, and the Army family most certainly are.

I get angry when journalists or politicians throw up their hands and say "nobody cares about Afghanistan anymore," as if it's just some unfortunate societal trend. The national media, which polls consistently show is one of America's least-trusted institutions, moved on from America's post-9/11 conflicts long ago, as many news executives determined it's no longer a ratings winner. Politicians rarely speak about day-to-day events in the war either, as volatile public opinion polls have an interesting way of sealing their lips.

These six fallen heroes likely weren't worried about these trivialities. They trained, said goodbye to their families, and honorably carried out their orders in a strange, primitive country so some at home could have the luxury of not caring about Afghanistan any longer. Still, they performed with brilliance, and left the world with valor and courage.

Many Americans are missing out on a story that should define our generation. Since 9/11, brave volunteer warriors have signed up to fight an enemy that is indisputably evil. This brave one percent of our population deserves attention, compassion, loyalty, and praise. Most of all, their families deserve a hug. 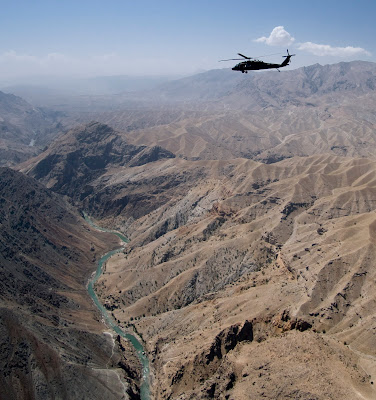