More Than One Day 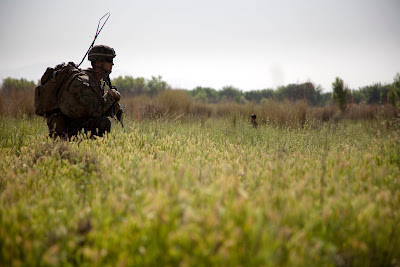 Most Americans realize that today marks the one-year anniversary of Osama bin Laden's death at the hands of courageous Navy SEALs. Yet many of the same citizens, conditioned by a national media that pays scant attention to the military's daily sacrifices, probably don't realize that 2012's bloodiest month of fighting in Afghanistan has just concluded.

As this blog and others discussed all month, April was difficult for our troops in Afghanistan and their families at home. According to an unofficial count by icasualties.org, at least 35 U.S. service members were killed in Afghanistan during the month of April. This number doesn't include seriously wounded heroes like Staff Sgt. Travis Mills, who lost his arms and legs in an Apr. 10 terrorist attack.

During the year Osama bin Laden was killed, the war in Afghanistan made up just two percent of American news media coverage, according to the Pew Research Center's Project for Excellence in Journalism. If you add in coverage of bin Laden's death in Pakistan, the number is four percent. Based on the media's behavior so far this year, I would not be surprised if the death of Whitney Houston wound up generating just as much news coverage as the Afghanistan conflict in 2012.

On Monday -- the last day of a month in which at least 35 American troops were killed -- I saw a lengthy segment on Fox News about the one-year anniversary of Prince William's marriage to Kate Middleton. Since trivialities like a couple's anniversary are now deemed newsworthy by Fox and its competitors, one should not be surprised at the amount of stories we're seeing today about bin Laden. Today is simply another anniversary for the media to talk about.

Today is not just another day in the mountains of Afghanistan, where thousands of Americans who volunteered to fight for our country are separated from their loved ones. Some of these units have held memorial services for their friends over the past month, while others are thinking about their wounded brothers and sisters hospitalized in Bethesda, Md., and elsewhere.

War is the most serious, sobering reality for a country to face, and the national media, as well as many of us, are turning away.

Since Apr. 24, the following American service members have died as a result of continuing operations in Afghanistan.

For the families of these fallen heroes, every subsequent day of their lives will be filled with tragic dreams of what could have been. Our thoughts, prayers, and gratitude go out to America's newest Gold Star families, as well as our country's wounded warriors and their loved ones.

The extraordinary sacrifices of the post-9/11 generation are far bigger than the death of one terrorist, and certainly span more than one day. To truly honor this patriotic group of volunteer warriors, we must challenge ourselves to always remember that somewhere, at every moment, a fellow American is fighting for us. 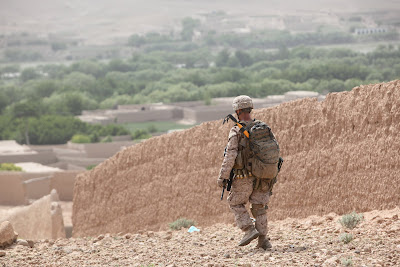 
Note: This post was updated on May 15 at 11:48 a.m. EDT to reflect new casualty information released by the Department of Defense.