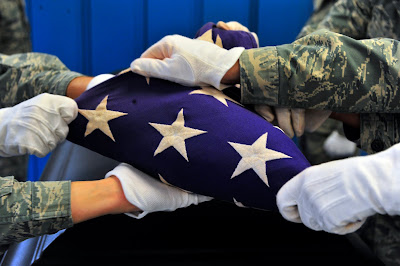 Spc. Alex Rozanski was serving as a United States Marine in 2003 when his older brother, Nick, decided to follow in his footsteps and join the military.

"It was one of those things growing up; I knew I wanted to be a soldier or Marine," Spc. Rozanski, 32, told The Unknown Soldiers. "I thought it was just something that men did, and in a way, I think Nick was the same way."

The Rozanski brothers were a long way from playing with G.I. Joes when in 2005, military planes carrying Alex and Nick virtually passed one another in mid-flight.

"He was coming home from Kosovo while I was leaving for Iraq," Alex said.

When the Marine returned from his combat deployment, his big brother was waiting to salute him.

After serving honorably in Iraq, Alex decided to leave the Marine Corps and return to central Ohio, where generations of Rozanskis, including his father and grandfathers, have served our country in uniform. Nick, as a soldier in the Ohio National Guard, deployed to Iraq two years after Alex had fought there.

"He was more or less doing convoy escort, which means he saw the entire nation of Iraq," Alex said. "That was supposed to be the hazardous deployment, as he was dodging IEDs (improvised explosive devices) on the roadways."

In 2008, Capt. Nick Rozanski came home from Iraq to his loving wife, Jennifer. As the couple raised two daughters, the Ohio State University graduate immersed himself in family and work life, while resolving that if his country called again, he would be ready.

Alex, meanwhile, was hearing the call himself. Like his older brother, he joined the Ohio National Guard.

"I still had that draw to the military," he explained. "You don't remember the bad times, you remember the good times...the camaraderie."

Not long after the two brothers once again became brothers in arms, Nick was presented with the difficult proposition of being thousands of miles from his family while serving overseas for the third time.

"My brother didn't necessarily have to go to Afghanistan, he chose to because he felt an obligation," the younger Rozanski warrior said. "If not you, it's somebody else's husband, son, or father."

Even as an active duty soldier, Alex never thought his brother, who left for Afghanistan in January, could possibly return home in a wheelchair or flag-draped casket.

"You don't think lightning's going to strike," he said. "But it does."

On April 4, Alex got a late night phone call from his mother.

Earlier that day in northern Afghanistan, Capt. Rozanski, 36, Sgt. 1st Class Jeffrey Rieck, 45, and Sgt. 1st Class Shawn Hannon, 44, were killed when a suicide bomber detonated an explosive device, according to the Pentagon.

Two weeks after his brother's funeral in Dublin, Ohio, which was packed to capacity, Alex's thoughts are with his sister-in-law and nieces. But in his brother's honor, he also plans to press forward.

"One thing I learned from my Iraq deployment is that no matter how bad something is, the sun still comes up the next day," he said. "Life does go on."

The family quickly established the Nick Rozanski Memorial Fund, which they want to spread awareness about the sacrifices of not only their loved one, but the entire military community.

"It goes back to that sense of obligation," Alex said. "If I don't do it, it will be somebody else's son or daughter."

Weeks after losing his big brother in combat, the soldier said something that was both surprising and poignant. He hopes that one day, his own children will consider military service.

"If they don't, I would certainly understand," Alex said. "But if they do, I would be proud."

Spc. Alex Rozanski and Capt. Nick Rozanski are brothers. With our nation still at war, they're our brothers too. 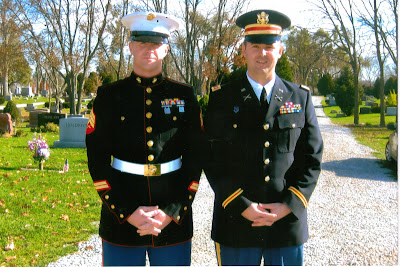