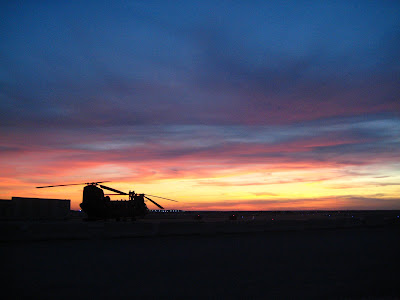 On Friday, there was a discussion on this blog and on The Unknown Soldiers Facebook page about the importance of always keeping American troops in our daily thoughts, even as many of us relax with family and friends on weekends.

"I set my phone to remind me at noon each day to pray for our troops," Kim Forrester Gobie wrote.

On Saturday morning, Americans awoke to one of the most horrific incidents of nearly a decade at war in Afghanistan. NATO has confirmed the crash of an International Security Assistance Force helicopter in Wardak province, which is on the eastern front. Afghan president Hamid Karzai said 31 Americans and seven Afghans were killed in the devastating crash.

While the Taliban has claimed responsibility for shooting down the Chinook helicopter, NATO said it is investigating the cause of the crash.

"ISAF is still in the process of assessing the circumstances to determine the facts of the incident," a statement said. "Reporting indicates there was enemy activity in the area."

While U.S. officials have not confirmed the exact numbers released by Karzai and will not release the names of the fallen until their loved ones have been notified, various media reports indicate that U.S. special forces suffered heavy casualties in the crash. Defense Secretary Leon Panetta issued the following statement:

"I am deeply saddened by the loss of many outstanding Americans in uniform and of their Afghan counterparts earlier today in Afghanistan," Panetta said in a statement. "Their courage was exemplary, as was their determination to make this a safer world for their countries and for their fellow citizens.

"We will stay the course to complete that mission, for which they and all who have served and lost their lives in Afghanistan have made the ultimate sacrifice," the defense secretary continued. "They and their families are in my thoughts, in my prayers and in my heart."

Panetta did the right thing by immediately spotlighting the families of our fallen heroes, because that's what this story is about. In the days to come, dozens of Americans will receive knocks on their doors from military messengers and learn that their loved one was on board that helicopter when it vanished from the sky. Putting aside politics, now is a time to show unity, not division, for the sake of the grieving relatives of the heroes who have been lost.

"My thoughts and prayers go out to the families and loved ones of the Americans who were lost earlier today in Afghanistan," President Barack Obama said in a statement. "We also mourn the Afghans who died alongside our troops in pursuit of a more peaceful and hopeful future for their country."

As news of this tragedy reaches the thousands of U.S. troops still serving in Afghanistan, they are experiencing feelings few of us can understand. Based on past conversations with men and women who have served in Afghanistan and Iraq, I can only surmise that tragedies like this one are taken personally by our troops, and the resolve to carry on is overwhelming.

On May 1, U.S. special forces gave America its finest hour of the 21st century when Navy SEALs killed Osama bin Laden. Today, as our valiant special forces mourn their dead, let us make them proud by showing steadfast, unflinching support for our service members and their families, and especially those who have lost a loved one.

While the skies above Afghanistan may seem empty at this dark hour, grieving troops can take comfort in knowing that half a world away, Americans are filling the heavens with prayers for their safety. No matter what, this nation will never give up on the men and women who defend it. 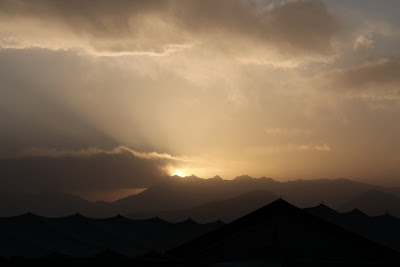