As America continues to mourn the tragic loss of 30 U.S. troops on Saturday, August 6, it is important to remember that the wars in Afghanistan and Iraq have not paused, even for one of the worst tragedies for our military since the terrorist attacks of September 11, 2001. Our deployed heroes are still working hard and risking their lives -- every single day.

Since the helicopter crash, at least ten U.S. troops have been killed in Afghanistan, including five on Thursday, who reportedly lost their lives when a roadside bomb exploded in the south. The following five American warriors killed earlier in the week have been identified by the Department of Defense.

Along with the 30 brave sailors, airmen, and soldiers identified by the Pentagon this week, these soldiers and Marines sacrificed everything for the cause of freedom. This weekend, their brothers and sisters in arms continue the fight, during what has become one of the most difficult months of the entire Afghanistan conflict, which began in October 2001.

Our military is full of selfless patriots who volunteer to do some of the world's most difficult jobs. We pray for their safety, especially during this uncertain, dangerous time. 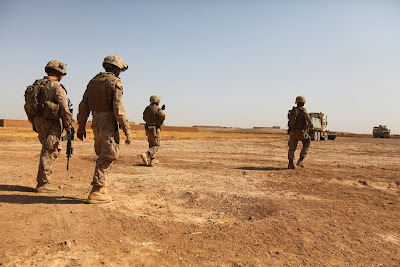