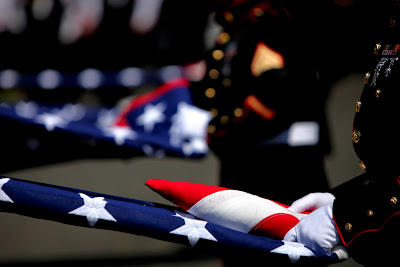 When news reached the United States on August 6 that 30 American troops had been killed in a helicopter crash in eastern Afghanistan's Wardak province, my first thought was not about politics or wartime strategy. It was about the 30 American families who would receive knocks on their doors from military messengers in the tragic days to follow.

While writing this weekly column and running the Unknown Soldiers blog, I have had the honor and privilege of speaking with family members who bravely recounted the moment that every military family dreads.

"I don't know that there's anything that can mentally prepare you," said Patrick Callahan, who lost his son, Marine Sgt. Sean Callahan, 23, in Afghanistan on Apr. 23. "You can't be. When they notified us, I was cooking some dinner for my daughter, who was having some friends over."

The messengers who delicately deliver this earth-shattering news do a job that almost nobody wants. Yet during every interview I've conducted with families of the fallen, grieving parents and spouses have expressed nothing but compassion for the men and women in uniform who told them that their hero was killed overseas.

"The casualty assistance officers who came to the house were extremely good and extremely nice," Callahan said. "We're still interacting with one of them and will be for months."

Lona Parten lost her oldest son, Army 1st Lt. Tyler Parten, 24, in Afghanistan on Sept. 10, 2009. Sitting across from the grieving mother at a Birmingham, Ala., restaurant, I could see the moment that changed her life while looking into her tearful eyes. The knock on the door still haunts the military mom, especially with a possible combat deployment on the horizon for her youngest son.

"How will I sleep?" she asked. "How will I deal with the phone ringing or knocks at the door?"

Donna Walker didn't know that her son, Army Spc. Jameson Lindskog, 23, was out on his first-ever combat mission until there was a knock on the door of her California home. But after not hearing from her son for two weeks, she sensed that he might be in danger shortly before his Mar. 29 death in Afghanistan.

"I knew something was going on," Walker told me. "But it was a complete shock, because it was the first time he was ever out."

Dante Acosta's son, Spc. Rudy Acosta, 19, was murdered in Afghanistan on March 19 when a terrorist infiltrated an American base and opened fire on U.S. troops. The knock on his family's door brought total shock and confusion into their home.

"It's the most gut-wrenching thing you could possibly go through," he said. "My wife — one minute she's fine, the next she's in tears."

On Sept. 21, 2010, Erin Looney's big brother, Lt. Brendan Looney, 29, boarded a helicopter with three fellow Navy SEALs and five soldiers. After it crashed, killing all nine U.S. troops, Erin was notified at work by her boss, a close family friend who had just spoken to her mother.

When Erin arrived home in a daze of grief, she found a houseful of grieving family members and friends, who provided plenty of love and support.

"I hugged my mom," she said. "People were just coming in all day and night."

While respecting the privacy of the families who lost a loved one in the tragic August 6 helicopter crash, we should emulate the relatives and friends of the Looney family. By putting aside our divisions and uniting behind our troops, we can help fill 30 grieving households with that same kind of love and support.

As President Barack Obama sits down in the Oval Office to sign condolence letters for 30 grieving military families, a speech delivered more than 25 years ago in the same office seems to fit this sad moment. On the solemn evening of January 26, 1986, President Ronald Reagan spoke about the seven courageous astronauts who died in the tragic explosion of Space Shuttle Challenger.

"We will never forget them, nor the last time we saw them — this morning — as they prepared for their journey and waved goodbye, and 'slipped the surly bonds of Earth' to 'touch the face of God.'" 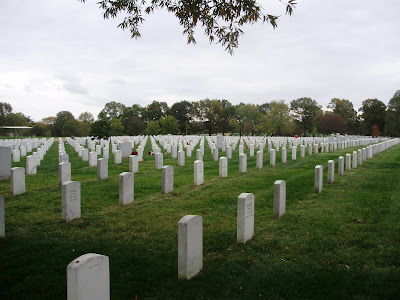