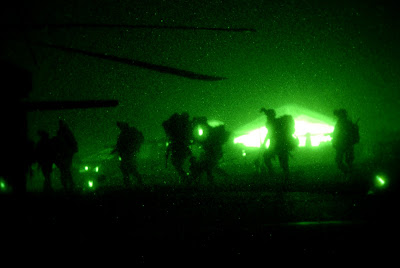 Since Tuesday, when the Pentagon announced the death of Marine Cpl. Jacob Turbett, notices of military casualties in Afghanistan's Helmand province have been released at an alarming rate. Since I first subscribed to the Pentagon e-mail list while working at CNN, I cannot remember a volume of e-mails this high in one short period, all from Afghanistan, in the same province.

With Operation Moshtarak well underway in the region, a spike in coalition casualties was inevitable. This is not to say the anti-Taliban offensive is going poorly from a military standpoint; most analysts say it has been very successful, and one cannot evaluate an armed conflict based only on casualty figures.

But the below names are not statistics. They are real people with families, friends, and futures that will never be realized. We mourn these American patriots, as well as British, Canadian, Afghan, and other coalition forces who have bled alongside them. No matter how long it takes, this website will make every effort to bring all these important stories to you in the coming weeks and months.

During World War II and beyond, first lady Eleanor Roosevelt carried a prayer in her purse.