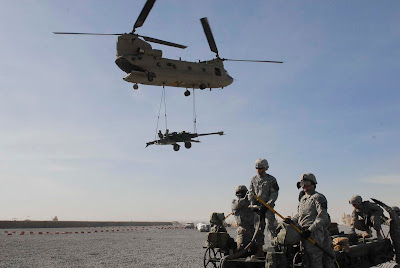 While Operation Moshtarak has been difficult and costly, the hard-earned battlefield victories by American and coalition forces are already producing clear results. However, the battle for Marja does not mark the end of American's post-9/11 struggle in Afghanistan.

CBS News reports that President Obama is working with the military to plan a major offensive in Kandahar, which many call "the Taliban capital," later this year. The report also says the administration's Afghanistan policy will be reviewed again in December.

For loved ones of troops currently stationed in Afghanistan, news of another dangerous mission will undoubtedly cause some anxiety. But in every encounter I've had with military families, I continue to believe they are among the most resilient people on the planet. They will come together and endure, and all Americans must prepare themselves for the difficult months ahead. While sensationalism, tabloid journalism, and political bickering continue to dominate national airwaves, ordinary Americans can do their part to support the troops and military families by staying focused on what they are going through. The men and women performing these seemingly impossible tasks overseas aren't statistics, they are our brothers, sisters, sons, daughters, husbands, and wives.

Perhaps they will be inspired by these immortal words written by Gen. Dwight D. Eisenhower, shortly before the allied invasion of Europe.

The eyes of the world are upon you. The hopes and prayers of liberty-loving people everywhere march with you.

Good Luck! And let us beseech the blessing of Almighty God upon this great and noble undertaking.

While it is important to note that not everyone supports the escalation of the current war in Afghanistan, and that responsible dissent is the hallmark of a free society, we can all put aside our political views to wish our troops the best of luck.
Posted by Tom Sileo at 2:40 PM