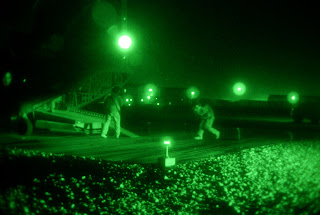 The Pentagon has announced new casualties from the fighting in Helmand province. All six are fallen Marines.

As Gen. David Petraeus said, Operation Moshtarak will be difficult and the loss of life almost too much to bear. Regardless of how you feel about the war in Afghanistan, it is clear that the troops fighting it need our support at home more than ever. You can volunteer at your local USO outlet, get on board with your church, school, or community center to send letters to soldiers, or even just shake a passing servicemember's hand and say thanks. During a time of war, everything counts.