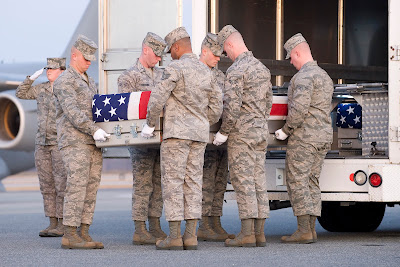 In January, a video apparently showing a group of Marines urinating on a Taliban corpse swiftly spread across the globe, with The New York Times leading the charge.

"Even after seven years, the photos of Army soldiers abusing detainees at the Abu Ghraib prison are an ugly black mark on the American presence in Iraq," the newspaper's editorial board wrote on Jan. 13. "Now there is a new scar on the country's reputation."

While desecration of the dead cannot be condoned, it is shameful for some national media pundits to condemn an entire all-volunteer military force for the unfortunate actions of a few.

Other than listing the fallen soldiers' names, The New York Times wrote nothing about the deadly attack. Even though terrorists routinely desecrate the bodies of coalition troops and Afghan civilians with crude bombs indiscriminately buried near roadways and schools, killers of American service members are actually given a voice by some national media outlets.

"We strongly condemn the inhuman act of wild American soldiers, as ever, and consider this act in contradiction with all human and ethical norms," a preposterous Taliban statement, published by The New York Times in a Jan. 12 story about the urination video, reads.

The Taliban embodies the word "inhuman." It has harbored Osama bin Laden, raped and tortured thousands of women, murdered defenseless children and robbed our country of some of its best and brightest patriots. Enemy propaganda had no place in America after we were attacked at Pearl Harbor, nor should it after being struck at the World Trade Center, Pentagon and Shanksville, Pa.

On Feb. 22, after copies of the Koran were accidentally burned at Bagram Air Base, The New York Times printed a quote from Abdul Sattar Khawasi, a member of Afghan Parliament, which urged attacks against Americans. The quote will not be re-printed in this column.

Since Khawasi incited terrorism in the pages of an American newspaper and elsewhere, several U.S. troops have been killed and wounded in violent attacks.

The Feb. 10 death of Lance Cpl. Osbrany Montes De Oca, 20, went virtually unnoticed by the national press. That's because even though the Marine was from North Arlington, N.J., just five miles from Newark, where Whitney Houston's memorial service was held, his ultimate sacrifice was deemed by ratings-hungry media executives to be far less important than the death of a pop singer.

Almost every week in this column, you read the words of grieving wives, husbands, moms, dads, sisters and brothers of American troops who have lost their lives in Afghanistan or Iraq.

"Nobody wants it to happen to them," Maria Simpson said after losing her son, Lance Cpl. Abraham Simpson, 19, and then her nephew, Sgt. Jonathan Simpson, 25, in Iraq. "But on the other hand, why should it happen to other people but not me?"

As Americans, we must ask ourselves why national outrage is rarely directed at our enemies when they kill and maim U.S. troops. While we shouldn't riot in the streets like those trying to tear apart Afghanistan, shouldn't we at least care? 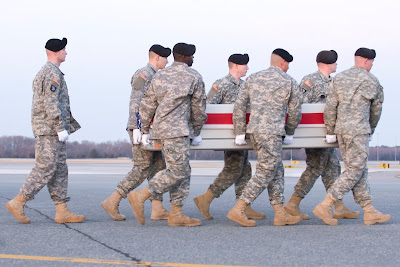