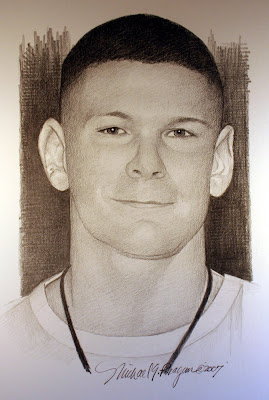 From a young age, Eric W. Herzberg was trying to make peace.

"I actually always thought he would be a nuclear arms negotiator," his father said. "He was always assessing the situation and trying to find the solution."

Instead of a diplomat, Eric became a Marine. But according to his dad, who also is named Eric Herzberg, peace remained his ultimate goal.

"He was a patriot from a very, very young age," his father said.

Eric's dad served in the Army, which may have spurred the boy's intense loyalty to the red, white and blue. When his family moved to Canada for five years, the younger Eric would become incensed when television ads for the 1996 Olympics extolled the virtues of Canada over the United States.

"He would jump toward the TV and yell at it," his father said with a laugh.

After moving back to his homeland, Eric tried out for the high-school football team in Severna Park, Md., despite never having played a down in his life.

"It was an outcome of this philosophy that he had where he just wanted to challenge himself, particularly physically," his dad said. "Football was just a part of it."

Young Eric made the team, and after graduation, he didn't want the physical challenges to end. After terrorists attacked his beloved country on Sept. 11, 2001, he started seriously thinking about joining the military.

"He never wavered or gave it a second thought," his father said. "He said, 'This is my purpose.'"

The war in Iraq had reached one of its most violent, uncertain stages when Eric finished boot camp in October 2005.

"He said something I'll never forget," Eric's father said as his voice became quiet. "He said, 'I want to go to Iraq, and I want to go there as soon as possible.'

"I remember exactly where we were when he said that," he continued. "As a dad, you're scared to death, but I couldn't have been more proud of him."

Lance Cpl. Herzberg was deeply concerned about his mother, Regina Barnhurst, in the days before he deployed. Most of Eric's time before deploying was spent assuring his mom, his elder sister, Katie, and his younger brother, Matthew, that everything would be OK.

"He was a very sensitive young man and felt like it was the right thing to do," his dad said.

Eric, 20, was serving in Iraq's volatile Anbar province with 3rd Battalion, 2nd Marine Regiment when his dad's doorbell rang about 10:30 p.m. on Oct. 21, 2006. Two Marines were standing in the rain on his front porch.

"Time just froze," he said. "I knew why they were there, and I really wasn't going to let them in."

After being informed that his son was killed earlier that day while conducting combat operations, the elder Eric nearly landed on a self-destructive path.

"I try to describe it as walking on the edge of a razor blade," the Gold Star father explained. "You can't do it for very long, and you will have to fall on one side or the other."

He said it was tempting to numb the pain with alcohol and pills.

"I can remember being so broken," Eric said. "I just didn't care."

Through faith, however, the father became determined to turn his son's death into something positive for the nation he left behind.

"I just marvel at the way he was so selfless," the father said. "I don't know if I could do what he did."

He launched a website — at http://www.ericwherzberg.com — to remember his son. He worked with the mother of one of Eric's fellow Marines to launch scholarship programs in Maryland and Florida. He also challenged himself to run the grueling Marine Corps Marathon.

Peace is hard to find for this fallen hero's family, friends and fellow Marines. Peace is also hard to find in Iraq, which experienced decades of tyranny and war. But thanks to patriots like Lance Cpl. Eric W. Herzberg, at least there's a chance. 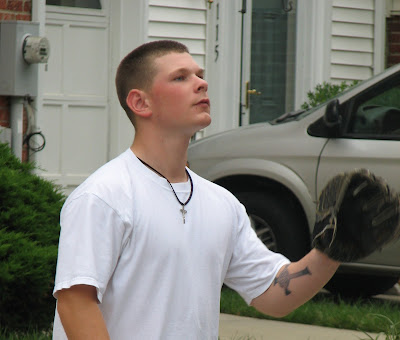