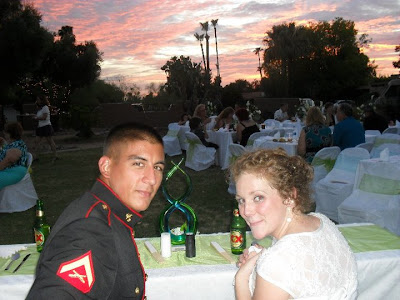 Earlier this year, Cpl. Philip McGeath was still alive. Today his smile is a cherished memory to his grieving mother.

"I'm like a mama duck," Phyllis McGeath told The Unknown Soldiers. "I know when one of my ducklings isn't with me."

"She's suffering," the grieving mother said. "They had a lot of dreams."

One of those dreams was having children together.

"They had a baby boy name and a baby girl name picked out," Phyllis said.

With only weeks remaining in the 25-year-old Marine's first Afghanistan deployment, his loved ones were overwhelmed with excitement. Sarah was setting up their new apartment near North Carolina's Camp Lejeune, while the "mama duck" prepared to put her eldest son back under her wing.

Philip wanted to join the Marine Corps ever since his family spent a few years in Okinawa, Japan, while his father, David McGeath, served as an airman. Though Philip flirted with Air Force and police careers, the "very physical" young man went to boot camp in 2008 and graduated a Marine.

Despite the risks of post-9/11 military service, Philip's decision made his parents proud.

"I would always put on my brave face and cheer him on," his mother said.

The Marine had to put on his own brave face after two of his five brothers decided to follow in his footsteps.

"At first, he wasn't real happy that his younger brothers were going to go in," their mother said. "But when they made it through boot camp, he was ecstatic." 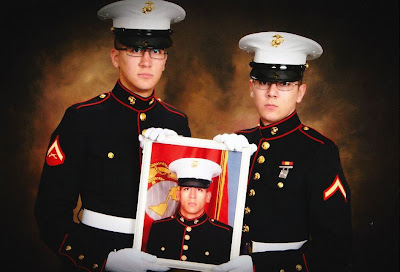 Philip left for Afghanistan in July 2011.

"We loved him and supported him," Phyllis said, her voice cracking from emotion. "This is what he wanted, and he wanted to do it well."

Even though the comforts many Americans take for granted were gone, Philip seemed to genuinely enjoy serving with the 1st Battalion, 6th Marine Regiment in southern Afghanistan.

"They had showers set up, but they couldn't get the water warm enough," the Marine's mom said. "But at least he made sure to shave every day."

"He was excited," the mother said. "I said: 'Keep your chin up; look to God. But watch where you walk.'"

On Jan. 18, Cpl. McGeath was killed while conducting combat operations in Afghanistan's Helmand province. According to his mother, a suicide bomber on a motorcycle "came and blew him up" in a civilian square. She said three Marines were wounded, including one seriously, in the cowardly terrorist attack.

"It was such a sucker punch," Phyllis said less than two months after her son was killed. "I never, ever, ever expected this."

One of the Gold Star mother's only comforts is how fellow Marines responded to the tragedy.

"He was never alone," she said. "I was told by several of his squad members at the memorial service how they all stood by him as he was laying on the stretcher."

Though angry at the terrorist who murdered her son and annoyed by the subsequent media obsession over Whitney Houston's death, Phyllis won't allow herself to become bitter.

Her focus is now on making sure her devastated daughter-in-law's dreams stay alive.

"We want her to love again and have babies," Phyllis candidly explained. "Philip wouldn't begrudge her any of that happiness."

As Phyllis McGeath adjusts to life without one of her ducklings, she hopes a media-driven culture will start paying more attention to the brave men and women who protect the pond.

"I just want people to understand that there is still a war going on," the mother of fallen Marine Cpl. Philip McGeath said. 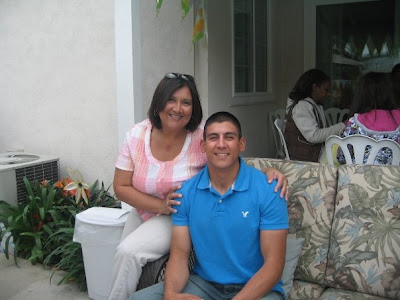