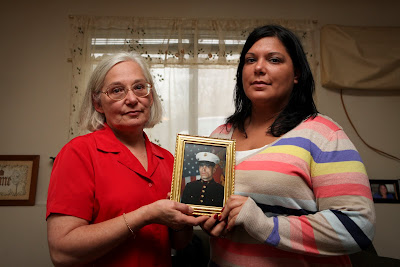 The honorary title of "leader" is often bestowed on politicians, CEOs and even captains of sports teams. Yet only a precious few are willing to risk everything for those who follow them.

As Cpl. Michael Ouellette led from the front in Afghanistan and Iraq, he didn't care about receiving medals or chasing glory.

"All he would talk about were the men he was with and how proud he was of them," his mother, Donna Ouellette, told The Unknown Soldiers. "He didn't talk about the dangers."

Growing up in Manchester, N.H., Mike was a normal, good-natured kid who occasionally caused some harmless mischief. He also enjoyed marathon chess matches with his brother.

After high school, Mike attended culinary school and eventually landed in New Orleans. He was back in New Hampshire looking for work as a chef when the horrors of Hurricane Katrina shook him to the core.

"He was always looking to be a part of something bigger than himself," said his sister, Stephanie Ouellette, 33. "Finally, he woke up one day and thought it was time."

"I was proud of him for wanting to go, but we knew that he would be going to Iraq so that was kind of frightening," his mother said. "But it was his choice."

When the Marine deployed to war-torn Ramadi in 2006, he marveled at the accomplishments of the men and women in uniform around him, while also worrying that their sacrifices were being overlooked back home.

"One of the things he'd always say is, 'Don't watch the news, because they're not supportive of us,'" Stephanie said. "'We're helping people here, and we're doing good things.'"

After returning safely from Iraq and spending some time at sea, Mike's military contract was about to expire as the 3rd Battalion, 8th Marine Regiment prepared for a 2008 deployment to Afghanistan. Instead of sparing himself, he asked where to sign his name.

"Those were his guys, and they were family," his sister said. "He was very clear about it."

Afghanistan was much different from Iraq, and Mike's mother hoped he would be safer there.

"The last communication was him telling me how beautiful the mountains looked with the snow, that he was OK, and thanks for the care package," Donna said.

"I cannot say enough about how terrible that day was," his sister said while commending the Marine Corps for guiding her family through the tragedy's aftermath.

Soon after Mike's death, incredible stories from the battlefield began to trickle in. The only people not surprised were those who knew him best.

With his left leg blown off and shrapnel embedded deep inside his skin, Mike called out and warned his Marines to brace for another attack. Moments later, enemy fire began, and his team was ready.

"Even as a corpsman worked to stem his massive bleeding, Cpl. Ouellette continued to direct the fire of his squad," an official military account reads.

The valiant Marine, who refused to leave the battlefield until his entire squad was safe, later died in an ambulance. While his heroism earned him the nation's second-highest military honor, his loved ones knew what mattered most.

"It was very important to make sure they all came home," the fallen hero's mother said. "And they did, every last one he trained."

Early last year, in one of the most rugged areas of southern Afghanistan, Marines took to a sandy hilltop and started building a base. When they were finished, the installation was named Combat Outpost Ouellette, with Mike's picture and Navy Cross citation hanging inside.

Responsibility for the remote outpost was recently transferred to the United Kingdom. That's when Donna Ouellette got something in the mail from a British commander.

"I got a letter saying that they would not change the name," she said. "I'm awed."

True leaders are national treasures. Cpl. Michael Ouellette was one of them.

"He protected his men," his brother said. "That's what's most important about his legacy." 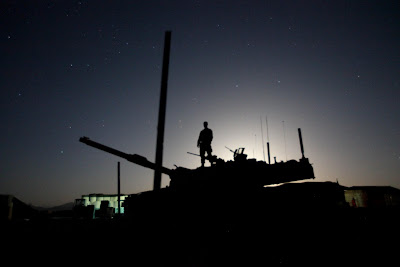