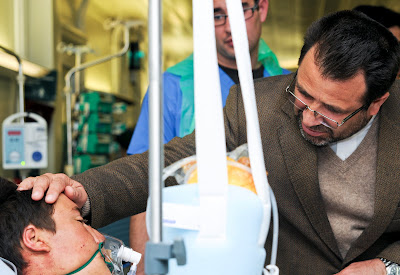 One of the most troubling aspects of the decline in America's interest in the war our troops are fighting overseas is the unwillingness for certain segments of American society -- namely some members of the national media -- to acknowledge that every day on the battlefield, our forces are confronting evil men.

A stark reminder was offered Thursday by a group of cowardly Taliban terrorists in Kandahar, Afghanistan. According to the BBC, at least seven civilians were killed when a suicide bomber blew up his car near the crucial southern city's airport. According to Afghan officials cited in the article, two victims of the terrorist attack were children.

There is nothing more despicable and horrifying than the murder of a child. The Taliban and al Qaeda don't give a second thought to butchering even the most innocent people on earth.

A day earlier, dozens of Afghans and also an unidentified number of coalition troops were killed and wounded when a terrorist blew himself up in a busy Helmand province marketplace. A young Afghan victim is pictured above. Gen. John R. Allen, the tough-as-nails Marine who commands the International Security Assistance Force in Afghanistan, immediately condemned the disgraceful attack.

"This latest act of violence further confirms that the insurgency has declared outright war on the people of Afghanistan and will stop at nothing to continue to use terrorism and intimidation to advance their own malign and selfish ends," Gen. Allen said. "ISAF will continue to partner with the Afghan National Security Forces to eliminate this scourge and hold the perpetrators accountable."

Every American should share in the general's outrage about the Taliban's assault on freedom and innocent life. I hope every terrorist responsible for helping plan these attacks is hunted down, captured, or killed. 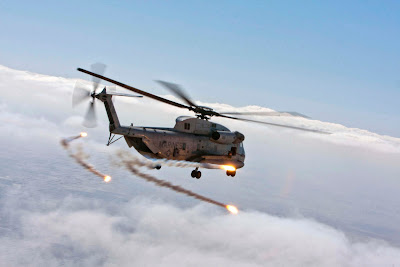 On Thursday, six U.S. Marines were reportedly killed when a CH-53 Sea Stallion helicopter like the one pictured above crashed in Helmand province. The Unknown Soldiers will continue to follow this tragic story as we extend our deepest thoughts and prayers to the families of these fallen Marines.

On Sunday, also in Helmand province, two Marines were killed in action while conducting combat operations against the Taliban.

It is a tragedy that Cpl. Bateman, who is pictured below on the left, and Lance Cpl. Cochran, right, only lived 42 years between them. But America is extremely fortunate to blessed with heroes like these. They understood -- far better than you or me -- that there is a serious threat to our way of life. But unlike 99% of our population, they volunteered to do something about it.

At this hour in Oklahoma, Idaho, and around the country, families and friends are saying goodbye to some of the best citizens our country has to offer. At this hour in Afghanistan, their brothers and sisters in arms continue the fight against men who intentionally slaughter children in a hopeless effort to advance their corrupt, bankrupt ideology of hate.

Real evil does exist. But fortunately for America and the world, real heroes exist too.