Blinded By the Light 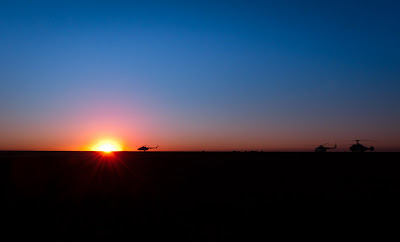 Shortly after wounded 1st Lt. Timothy Fallon was flown to the former Walter Reed Army Medical Center in November 2010, he awoke to a world of darkness.

"I didn't have any light perception at that time," Fallon told the Unknown Soldiers. "I couldn't tell what time of day it was, and I was just very confused."

With both the 24-year-old Marine's eyes badly damaged, all he could see was his mind's eye flashing back to Afghanistan. Fallon thought about Imad, the Afghan platoon commander and friend who most likely saved his life.

"He jumped onto the middle between the canals, and that's where the pressure plate was," the Marine said. "It blew up."

After the enemy improvised explosive device detonated on Nov. 18, 2010, in Marjah — a rural, strategically crucial district in southern Afghanistan's volatile Helmand Province — Fallon, who was responsible for the lives of many Marines, managed to warn them as his eyes bled. 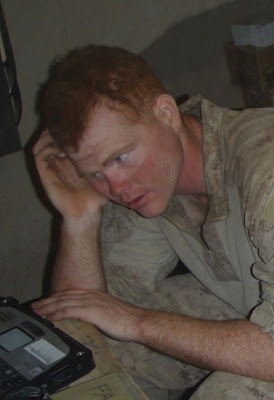 "As soon as the explosion went, I lost my vision," he said. "I reported back to patrol that there was an IED detonation and the Afghan platoon commander was probably hit."

As Fallon heard the piercing sounds of a medical evacuation helicopter while seeing nothing, Imad died on the stretcher next to him.

"You could rely on this guy ... he was a pleasure to work with," Fallon, who still grieves for his friend, said. "It really does suck."

Fallon was taken to Bagram Air Field in Afghanistan. Next was Landstuhl Regional Medical Center in Germany, and then Washington, D.C.

While adjusting to life in the dark and worrying about his Fox Company, 2nd Battalion, 9th Marine, brothers in harm's way, Fallon asked his doctor for a realistic assessment of his vision.

"He told me from the outset that it doesn't look good," Fallon said. "He said there will be many surgeries, but we're just going to do them and try our best."

For all the milestones since the surgeries, there have also been setbacks, with the worst coming on Dec. 8 and Dec. 27, 2010. On those respective dates, two Marines from Fallon's platoon, Lance Cpl. Michael Geary, 20, and Sgt. Garrett Misener, 25, were killed in action.

"The worst part for me, personally, was that I wasn't there ... I wasn't there with my Marines," the wounded warrior said. "That's always tortured me a little bit."

During these extraordinarily painful moments, Fallon's fiance, Sara, was almost always at the hospital to lift the Marine's spirits. On Nov. 2, 2011 — a date set before he left for Afghanistan — Tim and Sara got married.

As he placed the ring on Sara's finger, Fallon also felt rightfully proud that less than a year after his injury, his platoon was home.

"It was a tough mission to quell this area, and my Marines — with and without me at the helm — did outstanding work and deserve all the credit," he said. "We were able to effectively clean up the area and silence the enemy."

I met Fallon and his wife at a Nov. 29, 2011, event in Philadelphia, where Gen. James Mattis, Commander of U.S. Central Command, approached the wounded Marine to thank him for his service.

Thanks to the resilience of Fallon's spirit, the brilliance of his surgeons, and the wonders of technology, I was astonished to subsequently receive an email from Fallon, whose vision has improved enough to let him complete tasks many of us take for granted, like sending and receiving electronic messages.

"I can see a little bit out of my right eye, especially when I'm outside," he later told me. "My left eye has light perception."

It's impossible to know how much more light will shine into 1st Lt. Timothy Fallon's eyes. But one thing is certain: This brave young man, who plans to pursue his graduate degree, sees a new, promising path. 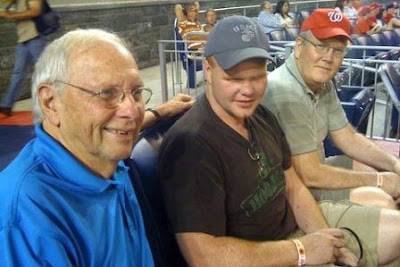