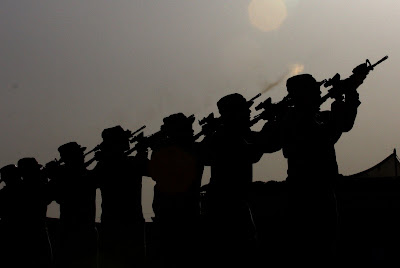 "We are not at war," a veteran who served in the Army for eight years told me Wednesday in Maryland. "Only some of us are."

I wasn't initially sure how to feel about that statement. The painful events of the next 48 hours showed that he was on to something.

Beginning at about 10 p.m. eastern on the night of March 30, casualty notices from the Pentagon began filling my inbox. In all, at least six U.S. soldiers, all serving with the 101st Airborne Division (Air Assault), based out of Kentucky's Fort Campbell, were killed on March 29 in Afghanistan's Konar province. The families of the fallen have been in my thoughts and prayers ever since the e-mails started pouring in.

When I mentioned this last night on The Unknown Soldiers Facebook page, the online community, while universally supportive of our troops and their families, also demanded answers from the national press.

"Not one thing was mentioned by the media," one fan wrote, as another asked: "Why have we not heard of this?"

Outside of an Associated Press wire write-up and a very short CNN wire article, the national media has all but missed another major story from Afghanistan. Fighting is clearly heating up on the eastern front, and remains heavy in the south. But the conflict in Libya is "newer," giving news executives an excuse to focus on Libya in the pursuit of ratings, ignoring the ongoing struggles in Afghanistan and Iraq.

The lives of all six men killed on Tuesday demand more attention at the national level, as their stories, being told almost entirely by small local TV stations and newspapers, show us.

Staff Sgt. Burgess had a wife and two children, and was in the middle of his third combat tour, having served in Iraq twice, according to The Cleburne Times Review. Before leaving for what would be his final deployment, Burgess sat down with his kids and showed them a map of Afghanistan.

"There were camels all over the map and when he would call, he would tell them that he had been busy with his [troops] chasing the camels," the fallen hero's mother, Linda Pearce, told the newspaper. "I thought he was serious, but it wasn’t camels he was talking about. It was his way of talking to the children about the fighting."

Pfc. Feldhaus was gravely wounded alongside Staff Sgt. Burgess, and both later died at Bagram Airfield. KNXV-TV in Phoenix reports that Feldhaus was proud of his military service.

"He would fight for his country and he would die for his country," high school teacher Tari Stanford told the station. "That's the kind of guy he was."

This brief WTVJ-TV article shows Sgt. 1st Class Arrechaga with his beautiful wife, Seana. According to The Fort Campbell Courier, the couple has a son and daughter. Arrechaga, an infantryman who joined the military seven months before the 9/11 attacks, was awarded the Bronze Star for his uncommon valor.

The Day in New London, Conn., reports that Staff Sgt. Adamski is survived by his wife, Danielle, and their one-year-old daughter. His death has stunned the community, while also illuminating the incredible patriotism of a hometown hero.

"He simply had a love for life and a passion for whatever he was doing," high school football coach Patrick Smith told the paper. "In high school it was playing football, studying and making friends. Later on it was his dedication to the military."

Reading a family account of the death of Spc. Lindskog, who was killed in the same incident that took the lives of Sgt. 1st Class Arrechaga and Staff Sgt. Adamski, felt like a punch in the stomach and brought tears to my eyes. The soldier's mother, Donna Walker, told The Contra Costa Times that her son, a combat medic, was caring for the wounded when he was shot and killed.

"Jameson, as a medic, went to help others," the devastated mom told the newspaper.

This disgraceful, tragic attack reminds us who we are fighting in Afghanistan. The Taliban and al Qaeda are savage butchers who murder children, enslave women, and shoot at medics on the battlefield.

WAGA-TV in Atlanta reports that Pvt. Faulkner was excited to return home in a few weeks to meet his recently born nephew. On Thursday, his family made the tragic journey to Delaware's Dover Air Force Base for his dignified transfer ceremony.

"He was so sweet in high school," Jessica Miller posted in a Facebook tribute group dedicated to Faulkner. "He was always smiling everytime I [saw] him in JROTC class. He will be greatly missed!"

Are we a nation at war? I still believe the answer is yes. Yet we are also a nation at a crossroads. We cannot think about war only when it's convenient or when someone from our town is killed. To stand by as this pattern develops not only dishonors the brave men and women volunteering to fight, but puts at risk everything they fight for.

To me, being a nation at war means uniting behind our troops and paying attention to their sacrifices. The time for America to do both is now. 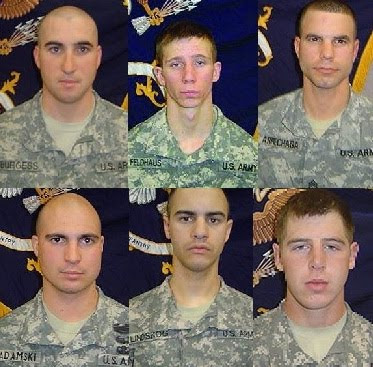