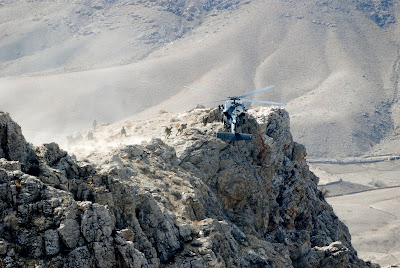 While working inside newsrooms for eight years following the 9/11 attacks, I was exposed to an ugly stereotype. Most members of the military aren't serving because they want to fight for their country, I often heard, but because they are underprivileged and have no choice.

After spending the last three years talking to American troops, veterans and their families, I can write with certainty that this generalization is false. Our brave men and women in uniform do indeed have a choice, yet pick the hardest possible path: serving during wartime.

A recent meeting with U.S. Army 1st Lt. Nick Vogt at the Walter Reed National Medical Center, shows the fallacy of a stereotype perpetuated by some inside the national media. Despite losing both legs in a Nov. 12, 2011, terrorist attack in Afghanistan, 1st Lt. Vogt has no regrets about his choice. 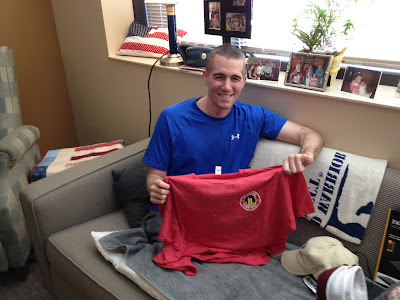 Upon graduating from West Point, the young Army officer was accepted to medical school. He chose to lead an infantry platoon in Afghanistan instead.

Of course, stepping on an enemy improvised explosive device wasn't part of the Ohio native's plan. But instead of lamenting over his injuries, the 24-year-old soldier is constantly pushing himself. When I sat beside Nick for an hour on Oct. 12, there was a thick medical book on his table. The double amputee is studying for his MCAT exam.

U.S. Marine Maj. Megan McClung also chose a courageous path. After the ambitious daughter of a Marine graduated the U.S. Naval Academy and served in Iraq, she left the military and worked in Kuwait as a contractor. But instead of coming home to Washington State and using a master's degree from Boston University to launch a lucrative career, she chose a different future.

"After she got home, her next breath was 'I need to go back as a Marine,'" Megan's mother, Re McClung, told me.

Major McClung deployed to Iraq as a public affairs specialist and worked with reporters using a simple, yet profound motto: "Be bold. Be brief. Be gone."

Today, those words are engraved on Megan's headstone at Arlington National Cemetery. She was killed alongside two U.S. Army soldiers on Dec. 6, 2006, while escorting a team of Newsweek journalists through Ramadi's dangerous streets. 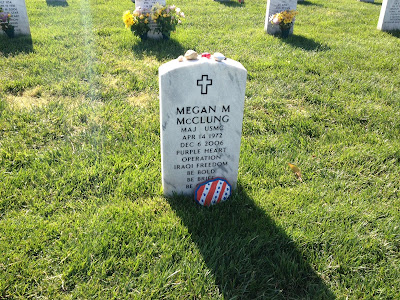 Megan's parents are not bitter about losing their intelligent, driven 34-year-old daughter. That's because the fallen Marine's mom and dad know Megan wouldn't be bitter about the conclusion of her extraordinary life.

"It was a sacrifice she was willing to make," her mom said. "Nothing about Megan's life was tragic."

In the past year, I have gotten to know the wife and sister, respectively, of U.S. Navy LT (SEAL) Brendan Looney and U.S. Marine 1st Lt. Travis Manion. Like Nick and Megan, Brendan and Travis could have done anything they wanted with their lives, yet chose to serve.

Every day, Amy Looney and Ryan Manion wish their loved ones had come home. Yet they repeatedly convey their pride that Brendan and Travis, who were Naval Academy roommates on 9/11, opted to risk their lives. Today, both Amy and Ryan dedicate theirs to helping members of the military community.

Engraved on 1st Lt. Manion's headstone, which is next to Brendan's and just steps from Megan's, is a powerful quote: "If not me, then who ... " Travis, 26, uttered these words before trading — for a second time — a comfortable life in Pennsylvania for the brutal urban warfare of Fallujah. 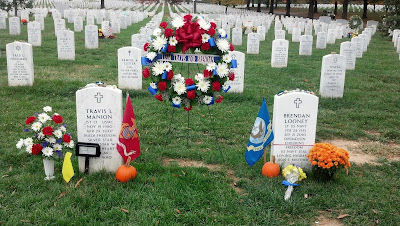 Lieutenant Looney nearly quit Navy SEAL training after his friend was killed in Iraq. Instead, driven by the "if not me, then who ... " calling, he graduated as "Honor Man" of his BUD/S class. Brendan, 29, served in both Iraq and Afghanistan before being killed in a Sept. 21, 2010, helicopter crash with eight fellow Americans.

Had Megan, Brendan or Travis survived their final deployments, I believe they would have become generals, CEOs or even presidents. But they were willing to risk their tomorrow for our today.

First Lt. Nick Vogt will undoubtedly succeed in whatever trail he someday blazes with prosthetic legs. In doing so, the wounded warrior, and thousands more like him, will cast an ugly stereotype to the ash heap of history.

Our courageous troops and veterans are not victims. They are leaders. 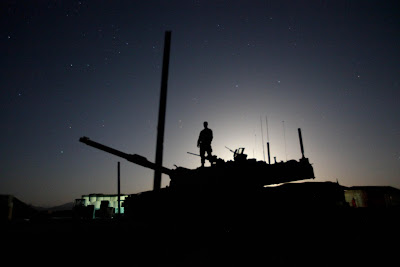