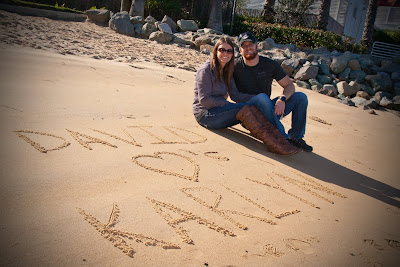 For Karlyn Deveau, Dec. 8, 2012, wasn't just another date on the calendar. It was the day she would marry her fiance, who would finally be home from Afghanistan.

"He was helping plan everything from over there," Karlyn told The Unknown Soldiers. "He was so excited about it."

As a Navy SEAL, Special Warfare Operator Petty Officer 2nd Class David Warsen was often in harm's way. But when night fell in Afghanistan, the SEAL would always make time for a Skype call with Karlyn, who had usually wrapped up her night shift as a labor and delivery nurse in San Diego.

"There were maybe only three days I didn't talk to him during the entire deployment," Karlyn said. "We always found a way."

Karlyn and David found each other through an unlikely series of meetings in San Diego. After two chance encounters, David left for several months of training in Virginia. But in July 2011, once again in downtown San Diego, the future couple met a third time.

"We both knew at this point that we needed to hang out since we kept randomly running into each other," Karlyn, 26, wrote. "We went on our first date the following week and the rest is history."

Karlyn knew SEALs are some of the world's toughest men, yet was immediately struck by the genuine warmth of David's heart.

"He just loved everyone and made you feel so important," she said. "He had so much love and passion about life."

When David and Karlyn decided to get married, they understood the challenges they would later face. Like thousands of military couples, they would spend many months apart during an overseas deployment. But David always managed to stay positive, even when Karlyn could tell he wanted to come home.

"Every time we talked, he tried to be in a cheerful mood," the SEAL's fiancee said.

Almost every night, Karlyn would keep her computer screen close as she fell asleep while looking into her future husband's eyes.

"It was just so peaceful knowing that if I woke up, I could see him," she wrote about their Skype calls. "I always dreaded when I would hear his alarm going off, which sounded like a dog barking, because I knew it was time for him to head out."

Karlyn and David spoke for about an hour in the early morning hours of Aug. 16 before the SEAL left for a mission. They were supposed to talk again later that day, but the Skype call never came.

"I was freaking out a little bit," Karlyn said. "Then I found an article that said there was a helicopter crash in Afghanistan."

It can't be him, Karlyn thought. But when she learned two Navy SEALs were killed in the crash, the worried fiancee grew terrified.

"I got that sick feeling that it could be him," she said. "But I didn't want to believe it."

"It's hard to talk about things because in my mind I don't feel like this situation is real," Karlyn said on Nov. 20. "I feel like he's going to come back."

The fallen SEAL's fiancee, who spoke in a quiet, dignified tone throughout our phone conversation, then paused.

"It's so hard to know he's not coming back," she said.

David also leaves behind his parents, brothers and grandparents.

"I'm glad that we're all together to be there for each other," Karlyn said. "It's nice, but it's hard."

David's obituary, printed in the Grand Rapids Press, contains a quote that sums up the courage of a Michigan native who refused to quit.

"Failure to David was never an option," the obituary reads.

While Dec. 8 will be filled with tears of sadness instead of joy, Karlyn and David's romance is the opposite of failure. Karlyn's road ahead is difficult, but David's love will always be inside the heart of the woman he longed to call his wife.

"I just want him to be honored like the kind person he was," Karlyn said. "I wish the whole world could have met him." 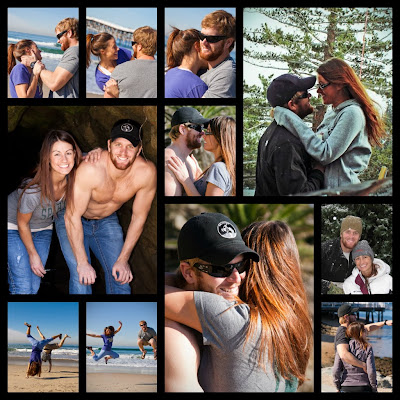