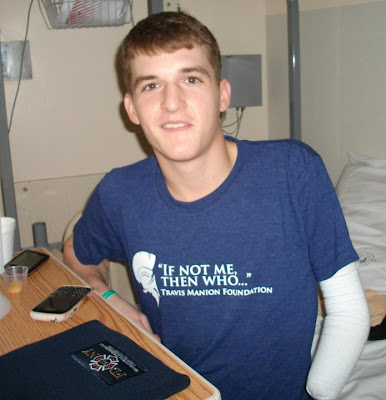 Cpl. Todd Love's life changed in a matter of seconds.

"I don't remember an explosion," Cpl. Love, 22, told The Unknown Soldiers. "One second I'm in Afghanistan and another second I'm in Germany."

The Marine was walking in a field between two suspected enemy compounds on Oct. 25, 2010, when everything went blank.

"When I woke up in Germany, the first thing I recognized was that I wasn't in Afghanistan anymore," he said. "Then realized I stepped on an IED."

Had a British helicopter not arrived about 90 minutes after the improvised explosive device detonated, Love may have died face down in that wretched, blood-soaked field.

"It took them five minutes to find me, and when they did, my legs were already gone and my left hand was really damaged," the Marine said.

Love slipped in and out of consciousness as he was rushed to Bethesda, Md., for a series of crucial surgeries. His hand was later amputated. But even as he came to grips with his severe injuries, the brave Marine, who grew up near Marietta, Ga., never questioned his decision to follow in his father's and grandfather's footsteps by volunteering to serve.

"I was working at an Italian restaurant and wanted to do something more meaningful," Love, who joined the Marine Corps at age 18, said.

By the time he was injured, Love had already witnessed more violence than most of us will in our lifetimes.

"I've been in so many firefights ... probably close to 40," he said. "I couldn't even possibly tell you how many times I've been shot at."

Going to bed was almost always a challenge for Love during his deployment, as the young Marine's mind was filled with searing images of innocent Afghans being murdered and maimed by al-Qaida and the Taliban.

"I used to go to sleep every night with a knot in my stomach ... thinking I could die tomorrow or I may not see my family again," Love said. "Going to sleep like that every night for months is not a good way to live."

The day Love lost his legs started like any other. The young Marine was leading his platoon from point A to point B while "not taking any unnecessary risks," knowing that a firefight could erupt at any moment.

For those 90 harrowing minutes, Love lay defenseless amid gunfire from the subsequent ambush and explosive residue from the IED blast that shattered his hand and legs. While thankful that he can't remember his time in the shadow of the death, Love thinks he knows why he made it out alive.

"I probably had thousands of people praying for me, even if it's someone saying 'God, please protect our troops in Afghanistan,'" he said. "That's probably how I survived." 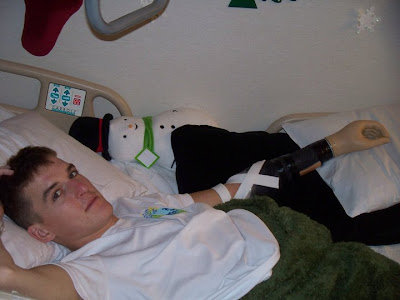 Most 22-year-olds are just starting to figure out their path in life. While the triple amputee knows the road ahead is filled with enormous challenges, he is determined to make the most of what he sees as borrowed time.

"I know God does things for a reason ... He's been kind of showing me that," the Marine said. "I figure if I keep toughing it out -- if I believe I'll keep getting stronger -- I (will)."

Love's courage has inspired an actor who famously portrayed a wounded warrior on screen. Gary Sinise, who has made supporting our troops a personal crusade, played a Nov. 3 benefit concert with his "Lt. Dan Band" to raise funds for state-of-the-art "smart homes" being built for Love and another wounded hero, Army Sgt. 1st Class Michael Schlitz.

The Alpharetta, Ga., charity concert, held by the Gary Sinise Foundation and Tunnel to Towers Foundation, meant the world to Love and his family.

"All the love I'm being shown from my hometown, it gives me hope not just in life but for our country," the Marine said.

Just moments after he realized his legs were gone, Cpl. Todd Love understood that life is truly a gift. Hopefully, his story will remind us to approach our lives with the same sense of gratitude.

"I was kind of overwhelmed with happiness because I realized I was going to see my family," Love continued. "I knew I was alive." 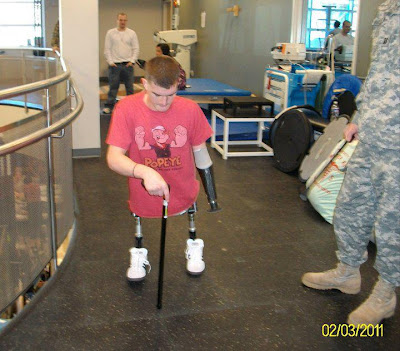