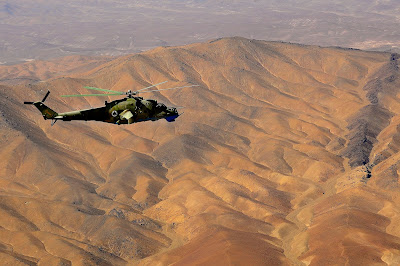 The 2012 presidential campaign is over. America's military campaign in Afghanistan is not.

There have been three presidential elections since the war in Afghanistan erupted after the 9/11 attacks. By any measure, the war was all but invisible during this past campaign, with the candidates' rhetoric and the media's curiosity about the conflict hitting all-time lows.

Virtually ignoring a war being fought by thousands of fellow Americans during a presidential campaign is both unconscionable and unprecedented. I voted in this election, but after writing every week about extraordinary men and women who make tremendous sacrifices at home and abroad to protect our country, I did so with some initial apprehension.

But then I thought about my recent conversation with Senior Airman Angela Jackson, who is stationed at Bagram Air Field in Afghanistan. She was about halfway through her first deployment when the Nov. 6 election took place, yet was too focused on her mission to worry about how much attention was being paid to Afghanistan back home. She joined the Air Force for bigger reasons.

"You would lay down your life for your co-worker," Senior Airman Jackson told The Unknown Soldiers. "It's hard to be selfish out here, even if you want to be."

Jackson, 25, volunteered to serve in February 2009. Like all U.S. service members who have enlisted since 9/11, she knew deploying to a war zone was a strong possibility. Still, the brave young woman decided to leave her friends and family in Boise, Idaho, for Afghanistan, where snow-capped mountains serve as just about the only reminders of home.

"I've always liked to be part of (something) bigger than myself and being able to have the idea that you're working with other people toward something," she said.

Since leaving for war, Jackson has communicated with her family through email, Facebook and Skype, but prefers to sit down and compose letters, much like the generations of U.S. troops who served before her.

"I do call them once in a while, but like I said, I mostly do the letter writing," Jackson said.

Most of us take hugging our family members for granted. For thousands of American troops still serving in Afghanistan, however, writing a letter is as close as they can get to their loved ones.

"It's something physical ... it's the only thing physical that I can give to my family," Jackson said. "When they get my letter, they can hold it, touch it and read the words that I have to say."

Jackson, who is serving at Bagram with the Air Force's 455th Expeditionary Wing, helps lead an emergency management team that's in place to respond to the worst disasters that could befall an American base during wartime, including terrorist attacks.

"Our responses are in chemical, biological, radiation material and explosives," the airman said.

American troops in Afghanistan also need to be prepared for accidents. Jackson recently coordinated logistics for a large drill simulating a helicopter crashing into a dining facility at Bagram.

As evidenced during nearly two years of constant campaigning, many politicians and pundits have turned the page on this war. But every single day, U.S. troops wake up on bases around Afghanistan and prepare for the worst, all while their families at home wait, wonder and worry.

Regardless of popularity or political winds, however, our country continues to be blessed with selfless patriots like Senior Airman Angela Jackson, who deploy to Afghanistan so the rest of us don't have to. But even though she's fully committed to her mission, the brave airman still looks forward to coming home.

"I'm planning on seeing all my family and my friends, and getting back into the work environment," she said.

Now that the presidential election is finally over, it is time for all of us to get back to the important work of supporting our troops. America is still at war. 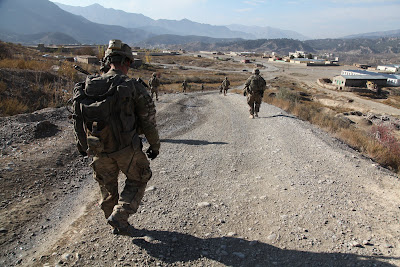