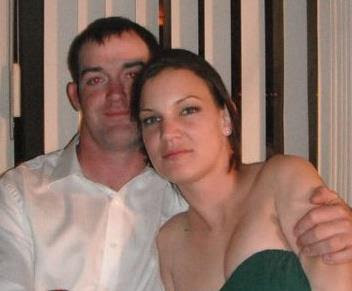 Emily Booth had just come home from Afghanistan when she met her future husband, a Navy SEAL named Patrick Feeks. He had just returned from a deployment to Iraq.

"We really just hit it off," Emily, a Navy cryptologist, told The Unknown Soldiers.

It didn't take long before the sailor and SEAL realized they were meant for each other.

"By Thanksgiving 2010, we were pretty much inseparable every day," Emily said. "We just kind of knew."

Whether it was their shared sense of humor or common military experiences, nobody understood Emily like this young Navy SEAL.

"Patrick always took care of me," she said.

"The two of us always made time to talk," she said. "We talked every morning and every night, and we talked constantly during the day."

Shortly after Emily returned from the Philippines, it was Patrick's turn to leave for Afghanistan. Having served there, Emily understood the risks her husband faced, even as Patrick placed his wedding ring in her hand.

But Patrick was a SEAL, and Emily knew the meaning of the gold Trident her husband wore with such pride. In Afghanistan, he would be involved in some of the U.S. military's most dangerous combat missions, confronting the enemy while shielding the innocent.

"I don't want people to think these guys are killing machines," Emily, 32, said. "They're well-trained men, but they're also incredible sons, fathers and husbands."

Even in the heat of battle, Patrick's heart went out to a stray dog he encountered one day in Afghanistan. The SEAL made it a priority to find the dog a safe home.

"Sadie now lives in Canada on a farm," Emily said. "He had to get her out of there."

Every night in San Diego, Emily went to bed hoping to wake up to the beeps of an incoming Skype call. Her conversations with Patrick were frequent, but the SEAL never discussed the things he was doing or the lives he was saving. Patrick was too humble for that and Emily knew it.

"If there was something that needed to get done, he would do it and do it right," the SEAL's wife said. "Everything had a purpose and everything should be done correctly."

After an Aug. 15 combat mission was delayed, Emily seized the opportunity for a late-night Skype conversation with Patrick. She knew her husband was headed into harm's way, so Emily kept Patrick's face on the computer screen as long as possible.

"I love you more," Patrick replied.

"Now go save the world," Emily said as the screen turned to black.

Emily awoke at 2 a.m. to the echoes of Patrick's voice. She thought her husband was calling on Skype, but the screen was still blank.

"I just knew something was wrong," she said. 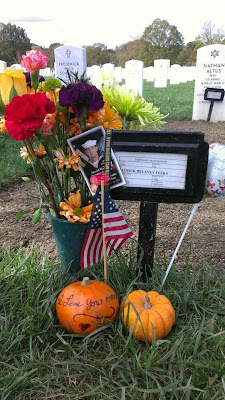 On Aug. 16, Special Warfare Operator Petty Officer 1st Class Patrick Feeks, 28, was killed alongside six fellow Americans in a helicopter crash near Kandahar. The fallen hero left behind his wife, parents, and a sister who also serves in the Navy.

"You're just so numb ... you can't believe it's happening," Emily said through tears. "Then you realize he's not coming home and you'll never hear his voice again."

When Patrick's flag-draped casket returned to American soil, Emily was waiting with his wedding ring. They were never apart while he was gone, and even after Patrick's death, the couple is still together. Still, Emily agonizes over what could have been.

"You look around and everyone is happy and go-lucky, and you wonder why you can't have that," the young widow said. "Why does it have to happen to you?"

Petty Officer 1st Class Emily Feeks plans to dedicate the rest of her life to helping others. By emulating Patrick's care and compassion, Emily knows they'll always be together.

"I've never been treated like that in my entire life," she said. "He made me feel like the world." 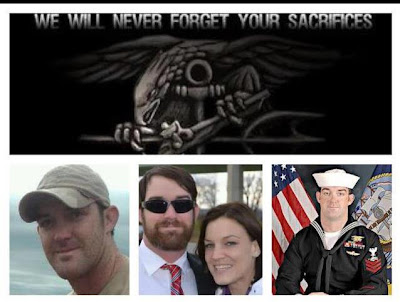