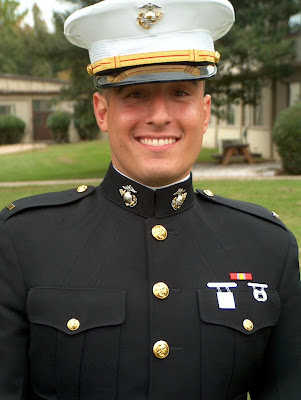 Capt. Matt Manoukian could have done anything he wanted in life. Not only was he the son of two California judges, he was tough, good-looking and brilliant.

Ever since age 7, Matt dreamed of becoming a United States Marine. He believed the Marine Corps gave him a unique chance to help protect equality and justice, which he watched his parents preserve throughout his childhood.

Matt's plans took on a sense of urgency on Sept. 11, 2001. While the high school football standout was ready to enlist the next day, an injury and a major health scare forced Matt to put his dreams on hold.

"He had two surgeries ... the first was for a knee injury," his dad said. "Then, that summer he found out he had a tumor in his spinal cord."

Matt pursued his bachelor's degree at the University of Arizona while recovering from both operations. He studied political science and rebuilt his strength, but never wavered from his ultimate goal.

"He was a good example of 'if you work hard enough, you'll get what you want,'" Matt's father said.

Matt joined the Marine Corps in 2006, and after more than a year of training, deployed to Iraq's Al Anbar Province. But even as a young Lieutenant, Matt understood that physical preparation was only one aspect of a combat deployment.

"I told him a big part of being a Marine was understanding the culture," Matt's dad said. "But he already knew that."

Matt treated Iraqi civilians with respect and began studying their language while leading his platoon on dangerous missions. He was compassionate, but also fierce and genuinely heroic.

"He had an IED (improvised explosive device) go off near him and knock him out ... it knocked everybody out," his father said.

As a fellow Marine lay bleeding, Matt refused to leave him behind.

"He put a tourniquet on this guy's leg and saved his life," Matt's dad said.

While Matt earned medals throughout his military career, he was reluctant to discuss any personal achievements. What did fill him with pride, however, was seeing clear signs of progress when he returned to Iraq a second time. Just like during his first deployment, Matt immersed himself in the local culture. 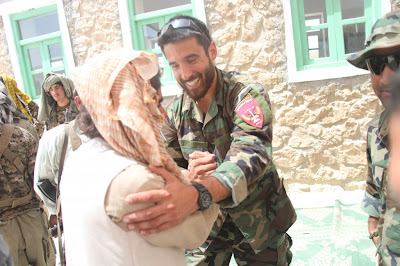 "He did that in Iraq ... he learned how to speak Arabic," Matt's dad said. "And then when he went to Afghanistan, he started doing the same thing."

Matt didn't tell his parents much about his first combat tour in Afghanistan. But when he got the opportunity to return there in 2012, he was grateful. As it would be Matt's last deployment before he traded military life for law school, the Marine wanted to use his good relationship with Afghans to help them develop a strong legal system.

"He said he wanted to finish the business, just like he did in Iraq," Matt's father said.

On Aug. 4, Matt spoke enthusiastically to the San Diego Union-Tribune about his Special Operations unit's progress in building the Afghan police force.

"You see kids running around now trying to play ALP (Afghan Local Police)," Matt told the newspaper. "So it's catching on."

Six days later, Capt. Manoukian, 29, and two fellow Marines were shot and killed by an Afghan police officer who attacked their compound.

"You always worry, and one night the Marines came to the door and told us," Matt's father said. "We miss him, and the Marines who got killed with him were also tough guys."

Matt's murder is an outrage, but his legacy endures. For the first time in the Judicial Branch of California's history, someone outside the legal profession is being honored with the Stanley Mosk Defender of Justice Award. Matt is being recognized "for his sacrifice to the cause of justice."

Almost every father is proud of his son, but it's difficult to find a prouder dad than Judge Socrates Peter Manoukian.

"He was kind to people and took care of strangers he didn't know," Matt's father said. "It was a grace and honor to have him in the family, and we miss him terribly." 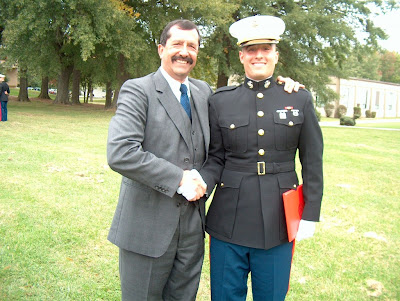