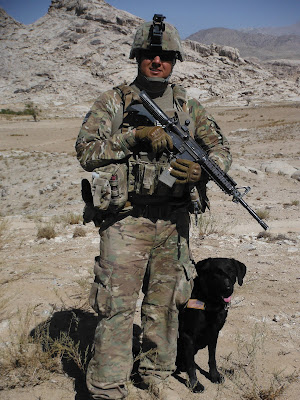 Five months into a second stint searching for deadly roadside bombs in Afghanistan, Sgt. Jason Cartwright knows every step he takes with his trusted military working dog, Isaac, could be their last.

"There's no time to be afraid now," Sgt. Cartwright wrote to The Unknown Soldiers from Afghanistan on Dec. 8. "I pat Isaac on the chest and say 'seek on.'"

Since initially making contact with the senior Army dog handler and trainer in 2011, I have marveled at the selfless courage displayed by this married father from Alabama. Based at Missouri's Fort Leonard Wood, Cartwright willingly spends months at a time hunting for improvised explosive devices that kill and maim U.S. troops and Afghan civilians.

"As Isaac and I come to almost half of our tour, we'll still have done our job with finding three caches consisting of six jugs of homemade explosives, three jars of explosive material and two directional charges with eight pressure plates," the soldier wrote.

Isaac is a brave black Lab that looks like he's smiling in every picture the dog's handler sends me from the war zone. The fearless 4-year-old dog, which helped find 28 roadside bombs during a previous deployment that ended in 2011, has found lethal devices buried by terrorists near roads, hospitals and schools. 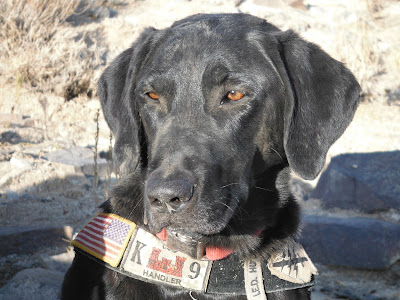 "Isaac and I search for over 18 hours — 800 meters of routes and compounds to only get everybody back on that chopper to leave once the mission is complete," Cartwright wrote. "That is exactly what we have done together out front taking point with all the troops behind us."

Serving with the Engineer Canine Company of the Army's 5th Engineer Battalion, Jason and Isaac have endured countless missions, including many that have came close to resulting in serious injury or death. But as soon as the inseparable pair returns to base, the two soldiers sit together to enjoy temporary moments of solitude and peace.

"Once the mission was complete, Isaac and I waited out in the open land of Afghanistan under the stars and half-lit moon," Cartwright wrote about a recent assignment.

Given his two tours in Afghanistan and previous deployment to Iraq, fellow soldiers in the war zone rely on Sgt. Cartwright's experience and leadership.

"I understand that I must teach them the way," the soldier wrote. "I train these handlers day and night so that they will be ready to face anything that gets put in their way." 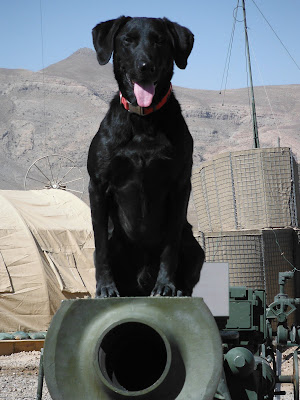 Cartwright has already missed his wife and young son's birthdays, not to mention Thanksgiving, during this deployment. With frigid air and relentless assaults by American troops forcing al-Qaida and the Taliban into hiding during the winter months, Cartwright hopes to have a relatively nice, quiet Christmas on base with his beloved dog.

"The missions have slowed down since winter has come and fighting season is over," he wrote. "Yet Isaac and I are still out and away from our family and friends during the holidays."

It is a privilege to live in a free country. But as we enjoy the company of friends and family during this special time of year, I hope we'll keep in mind that brave men, women and dogs are still scouring the post-9/11 battlefields of a primitive land. I think about Jason and Isaac often, wondering what they are doing and praying they are safe.

"It is a serious and dangerous job that we do, but I've got full confidence in Isaac and the troops who have my back," Cartwright wrote.

When the air grows warmer and the enemy returns to the battlefield, Jason and Isaac will be ready once again.

"As I hear the chopper from the distance, I know it's time to begin," he wrote.

Sgt. Jason Cartwright can't wait to see his wife and child again. But unlike the 99 percent of us who don't serve in uniform, this 28-year-old American soldier ranks his personal wishes second. Whenever danger lurks beneath the dirt road ahead, Jason and Isaac always seek on. To them, nothing is more important than uncovering the next bomb.

"If I one day I shall fall, I won't regret it," the soldier wrote. "(That's) because we try to find them all." 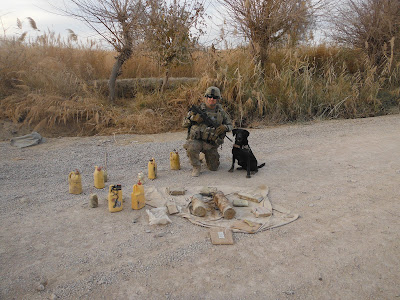