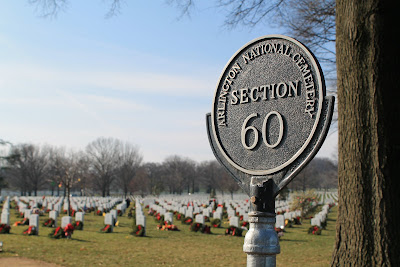 There's no place like Section 60 of Arlington National Cemetery, especially on Christmas morning.

Visiting the hallowed ground, where many heroes of the wars in Afghanistan and Iraq are laid to rest, is an experience filled with heartbreak. But because of the enormous accomplishments of the brave men and women buried there, Section 60 is also one of the most authentic, inspiring places that any American could visit.

After a Christmas Eve mixture of light snow, sleet and rain, Dec. 25 was a glorious morning in the nation's capital. The winter sun, more forgiving than the brutal desert heat many of our heroes have endured in Afghanistan and Iraq, glistened off the magnificent white headstones that mark this young generation's devotion to freedom. 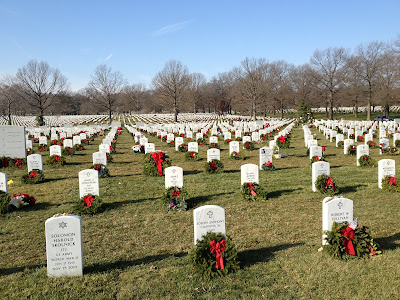 Amid the majestic setting, however, is the aforementioned sadness. Soon after arriving at Section 60, I saw a little boy standing with a woman, presumably his mother, at the grave of a fallen hero.

While paying my respects to warriors who made the ultimate sacrifice, including several whose stories have appeared in this column, I looked over again at the young boy and his mom.

Before they left the cemetery, the boy threw his arms around the headstone in front of him. He then unleashed a bear hug that would have undoubtedly made his papa smile.

"Goodbye," the child said before he and his mom slowly walked away.

Whenever I visit Section 60, there are always more graves than my previous trip. It's a tragic, pointed reminder that the conflict launched after Sept. 11, 2001, continues to this very day.

Not far from the last row of the newest temporary grave markers was a young woman, probably in her 20s, sitting in silence on a blanket. She was staring at the name of someone she clearly cared about, probably thinking about what was and what could have been. In her hand was a letter, which she clutched and held close to heart.

When I walked by, I put my hand on her shoulder and told her I was sorry for her loss. She looked up at me and acknowledged my presence, albeit without a spoken word. This was Christmas morning, and she was spending a precious moment with someone she loved. It was time for me to go, but like the little boy and his mom, it was impossible to forget her face.

A few minutes later, I encountered the grave of U.S. Marine Staff Sgt. Vincent Bell. Affixed to the fallen hero's headstone were three pictures: two of the Marine in uniform and one showing him dressed up in a nice suit. Atop his headstone were three rocks, along with a coin, bracelet and gold cross.

On Christmas night, I typed Staff Sgt. Bell's name into my search bar and learned that the 28-year-old Marine served four tours of duty in Iraq before being killed in southern Afghanistan on Nov. 30, 2011, while conducting combat operations. A tough, seasoned warrior from Detroit, Bell repeatedly risked his life for his country and did so with bravery and honor. 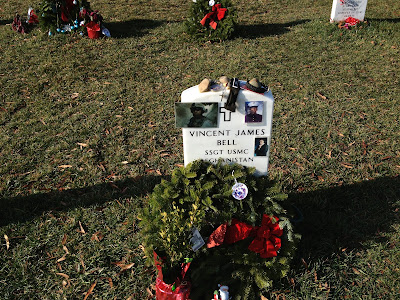 How could these young men and women be so extraordinary? How could they volunteer, over and over again, for such dangerous duty? How could their loved ones cope with such profound, overwhelming grief? These are questions that every American, not just those who visit Arlington National Cemetery, should still be pondering.

The American heroes buried in Section 60, and throughout Arlington, are not fictional characters from books and movies. They are husbands, wives, fathers, mothers, sons, daughters, brothers and sisters. They sacrifice lifetimes alongside loved ones like the young woman on the blanket and the little boy who hugged his papa's headstone. And they do it to protect us.

Just as I was leaving Arlington to spend the rest of Christmas Day with my family, a privilege I no longer take for granted, I almost stepped on a gold star. Visitors had hung several decorations on a nearby tree, and the ornament probably blew off during the previous day's bad weather.

Written on the gold star was a simple, perfect message to the heroes of Section 60 and their families: "Thank you." 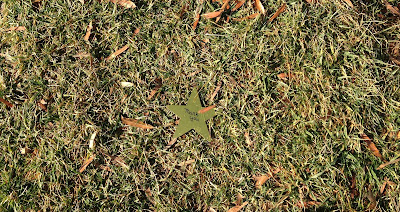