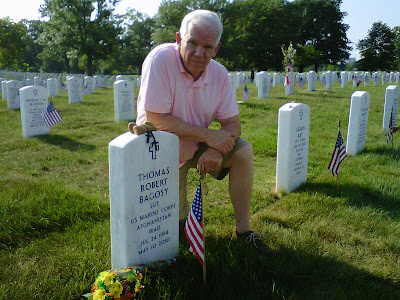 Bob Bagosy will always remember the day his 19-year-old son, Tommy, told him he was joining the United States Marine Corps.

"I said okay, let's talk about this," Bob, who was living in Delaware, recalled.

When Bob said he wanted to talk, he meant it. Not only would he drive down to Florida, where Tommy was living, but the father and son would also make two key stops during a subsequent drive up the east coast. 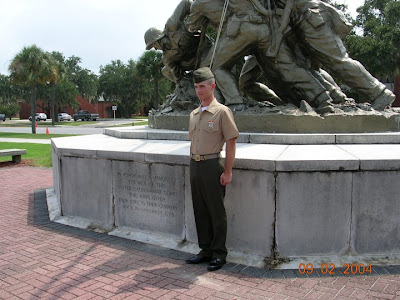 Before endorsing Tommy's decision, Bob had something else to show him.

"The second stop was Arlington National Cemetery, because I wanted him to see the other half of the military," Bob said.

After seeing the majestic white headstones that mark the hallowed resting spots of so many American heroes, Tommy turned to his father.

"If I die, I want to have the biggest tombstone available," the teenager said.

"Tommy, you won't get any bigger than Arlington," his dad replied.

In 2006, Sgt. Tommy Bagosy deployed to Iraq, where he helped find enemy improvised explosive devices (IEDs) outside the besieged city of Fallujah. It was a tough deployment.

"A best friend took his patrol one night," Bob said. "The guy hit an IED and died.

"Tommy blamed himself and said it should have been him." 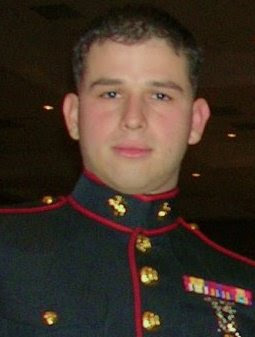 During their first visit after Sgt. Bagosy's return, the Marine's parents realized why their son's wife, Katie, was insisting that Iraq's horrors had changed her husband.

"He turned to me in a restaurant and said 'you know dad, I killed people over there,'" Bob said.

Tommy was suffering from headaches, flashbacks, and insomnia. According to his father, traumatic brain injury (TBI) and post-traumatic stress (PTS) from his Iraq deployment caused the symptoms. The Marine was prescribed medication and tried to live a normal life with his wife and two children.

In 2009, Tommy deployed to Afghanistan after renewing his military contract. While admiring his son's bravery, Bob was also concerned about the lingering effects of TBI and PTS. But Tommy served honorably in Afghanistan, particularly while taking enemy fire during an ambush.

"He got his second combat action ribbon for that," Bob said. "He never mentioned a word about it."

Not long after Tommy's November 2009 return, Bob learned his son was again overwhelmed by violent headaches and nightmares, prompting more psychological treatment. When Tommy called home on May 9, 2010, the Marine was at a tragic crossroads.

"He was in absolute tears and told his mother he didn't know what was going on," Bob said. "He was all jumbled up in his head."

The next day, Sgt. Bagosy, 25, fled a hospital at North Carolina's Camp Lejeune, where he was being held for treatment. After a brief pursuit by military police, Tommy shot himself in the head.

"We don't know if he felt like he was being chased by the Taliban," Bob said. "But in that one moment of insanity, he just pulled the trigger."

For Tommy's loved ones, the last two-plus years have been filled with painful questions.

Bob, who served in the Marine Corps Reserve, doesn't blame the military for his son's suicide. While searching for answers about Tommy's death, the grieving father is proud of his son's life, and particularly his service in Afghanistan and Iraq.

On Memorial Day, Bob visited Tommy's grave in Section 59 of Arlington National Cemetery, one section over from many of America's most celebrated post-9/11 heroes.

"I looked over (at Section 60) and there were people on lawn chairs ... it was like a community there," Bob said. "Tommy's buried with a lot of honored people, but there's nobody there from Iraq and Afghanistan."

While Bob supports his daughter-in-law's efforts to move Tommy's grave to Section 60, he also remembers the wisdom he once imparted to his son. When it comes to a final place of rest, it doesn't get any bigger than Arlington. 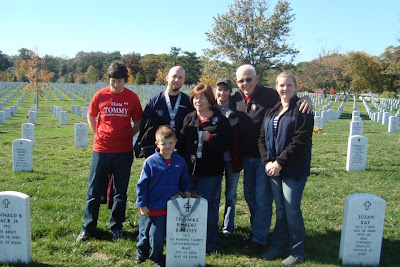