The Day He Tried To Live 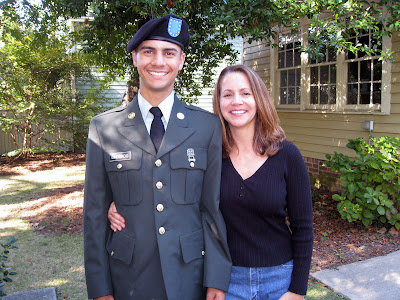 When Spc. Jameson Lindskog desperately tried to stay alive during a chaotic firefight in eastern Afghanistan on Mar. 29, it wasn't for personal reasons. It was his job.

"When I found out he'd be a medic in the Army, I wasn't surprised," Lindskog's mother, Donna Walker, told The Unknown Soldiers. "He had endless compassion for anyone or anything that was helpless or in need."

Shot while caring for a wounded fellow 101st Airborne Division paratrooper, Lindskog simply kept going. Life was precious to this soldier of empathy, especially when it was someone else's.

"He was just incredible," his mom said. "Every time our dog had a seizure, he'd be right there to help."

While helping a sick family pet is different than caring for a wounded soldier on the battlefield, Lindskog's lifesaving instincts kicked in amid the hellish violence of Afghanistan's Konar province.

"It was his first time in combat," Walker said. "I find it even more amazing that even though he had never experienced combat, he never hesitated."

Instead of celebrating his sister Candace's 27th birthday at home in Pleasanton, Calif., Lindskog found himself covered in the blood of a brother in arms, not to mention his own. But if he was going to make the ultimate sacrifice, he wanted it to be this way. According to his mother, the medic had a recurring nightmare of stepping on an improvised explosive device, without getting the chance to care for his fellow wounded warriors in the aftermath.

"When I first heard something had happened, I thought, 'Oh, my gosh, he must have been blown up, and his own worst fear came true,'" Walker said. "I was completely shocked to later find out the circumstances."

Those circumstances are tragic, but also the stuff of legend.

"He was so weak," the soldier's mom said, breaking down in tears. "He told the other guy who was there, 'I'm sorry I can't help you anymore, but I can't continue.'"

As Lindskog succumbed to his devastating injuries, he thought of the wounded comrade in his care.

"He asked another soldier to help before he died," Walker said.

The murder of Lindskog is an outrage. Shooting at a medic on the battlefield is not only a blatant violation of international law, but a despicable act of cowardice.

In the almost 10 years since the terrorist atrocities of Sept. 11, 2001, we have come to expect only the lowest from our enemies, who, until the historic events of May 1, were led by Osama bin Laden. True to form, bin Laden acted "cowardly" at the moment of his demise, according to news reports quoting senior U.S. officials.

"I imagine I feel the same way that most Americans feel: completely ecstatic and jubilant at the thought," Walker said the week bin Laden was brought to justice by U.S. Navy SEALs. "When I heard he was living in that million-dollar compound, I hoped it would demoralize the people fighting for him."

Sgt. 1st Class Ofren Arrechaga, 28, and Staff Sgt. Frank Adamski III, 26, died in the same Mar. 29 battle as Lindskog, 23. Three more "Screaming Eagles" serving with the 2nd Battalion, 327th Regiment, 1st Brigade Combat team were also killed the same day in a separate battle nearby. Many of these fallen heroes, including Lindskog, were just weeks away from coming home.

In war, men and women who would have lived even longer lives of consequence are taken from us, a possibility his mother said Lindskog acknowledged when he made his "first adult decision" to join the military.

"He had a strong sense of right and wrong and what's fair," Walker said. "But of course, the world is never fair."

As Walker embarks on a lifetime of remembrance, she worries about remarkable human beings like her son being forgotten.

"Usually, the kind-hearted people are the ones who are unappreciated," she said. 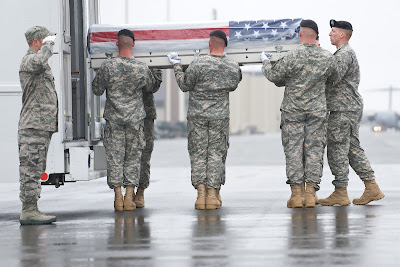