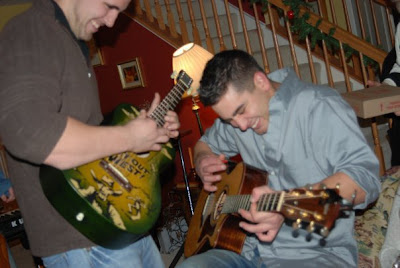 The opening lyrics and chords of Led Zeppelin's "Stairway to Heaven" are among the most iconic in the history of rock. As a prolific amateur guitarist, Sgt. Sean Callahan loved the famous song and particularly enjoyed playing it with his dad and Cpl. Daniel Callahan, his big brother and fellow Marine.

"Their friends would come over, and we'd all have a barbecue, play the guitar and sing," proud father Patrick Callahan told The Unknown Soldiers. "(Sean) enjoyed playing music with his friends — that interaction with other people is what made it fun."

After Sean graduated from his Prince William County, Va., high school, he planned to spend a few years in northern Virginia, figuring out the best way to strum life's complicated strings. The one-year lease on his first apartment hadn't even run out when he enthusiastically joined the Marines. Four months later, Sean's brother made the decision to become his brother in arms.

"Honestly, Dan and Sean are two very different people," their dad explained. "But when Dan made the decision to join, he purposely set his entrance so he could see Sean graduate from boot camp."

Sean's first deployment with the 3rd Battalion, 9th Marine Regiment was to Iraq in 2009. After about two months, Sean and his fellow Marines made an early return to North Carolina's Camp Lejeune to train for a new mission to Afghanistan. Sean's father said the two deployments were vastly different, especially as far as communication back home was concerned.

"The base he was on in Iraq had frequent Internet access, and we could connect with him on Skype," Patrick said. "As bad the connection would sometimes wind up being, seeing your kid and talking to him face to face is just wonderful.

"In Afghanistan, we got a satellite phone call maybe every three or four weeks, and they were usually short," he added.

In mid-April, Patrick's wife, Janet Callahan, spoke to her youngest child for about 45 minutes, one of their longest conversations during Sean's time in Afghanistan.

"He always sounded calm and very comfortable," Patrick said. "He basically just called to say he loved us." 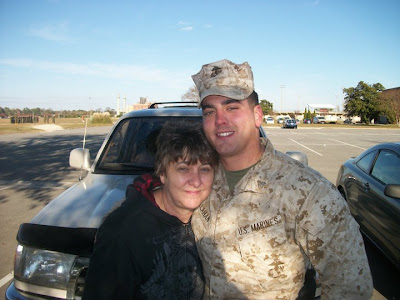 About a week later, Patrick was cooking dinner for one of his two daughters, who, like Sean, loved to have friends over to the house. There was a knock, causing the family dog to rush toward the front door. Sean's dad was down on one knee tending to his pet when he saw two sets of polished black shoes in front of him. Something was wrong.

"I got up and I saw the service outfit greens," Patrick said. "It's like having your world transformed in an absolute instant."

"We've never felt like we're alone because there are so many other people who love Sean," Patrick said. "It's a horrible thing to bury a child, but if you look at the positive side, we've had the benefit and privilege as parents to see through other people's eyes what an impact he had on the world around him."

Molly's, an Irish pub in Warrenton, chartered a bus to bring a large group of veterans to Sean's funeral. Virginia Tire & Auto, where Sean once worked, is accepting donations in his memory to support Any Soldier, which sends care packages to American troops overseas.

When I arrived at Sean's grave on May 17, one of his favorite songs echoed through my headphones. Above his grave marker, I pictured the stairway to heaven. At the top, Sean strummed his guitar while laughing and singing with his newest friends: a decade of men and women who have sacrificed everything in Afghanistan and Iraq.

Note: For information on how to make a donation to our deployed troops in honor of Sgt. Sean Callahan, please click here.