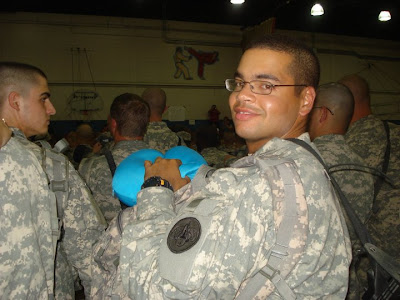 William Semon was sitting in his first history class at New Jersey's Mercer County Community College when a classmate offered his hand in friendship.

Since meeting in 2003, the year the United States removed Saddam Hussein from power, Semon and Vazquez were inseparable, frequently meeting for lunch and having spirited discussions about their favorite subject: history.

"He was just that type of guy: fun to be around and always looking for a debate," Semon told The Unknown Soldiers. "He could convince you that the grass was blue, even though you knew it was green."

Shortly after the terrorist attacks of Sept. 11, 2001, for which Osama bin Laden was brought to justice on May 1, Vazquez had convinced himself that serving his country would be a crucial part of his life journey. But first, he drove himself down a path of academic achievement.

"He didn't need to go into the military," Semon, who once tried to sway Vazquez from a military career out of concern for his safety, says. "It was something he wanted to do."

After earning his associate degree, Vazquez entered the ROTC program at Rider University, where he majored in history. He went on to earn a master's degree in liberal studies on the Camden campus of Rutgers University. After a rigorous period of mental and physical training, Vazquez was ready to lead.

Even while deployed overseas, the platoon leader would constantly call home to check on his mom, dad, three siblings and friends. Semon remembers getting a call from Iraq while going through a difficult personal matter.

"He's in the middle of a war, but he wants to make sure everyone else is OK," Semon says. "I think that's why his men really respected him as a leader."

Semon did whatever he could to help his friend's platoon during their deployment. After Vazquez mentioned that it was hard to keep clean while deployed, Semon hurried over to the local Costco.

"I got a huge package of about 1,000 baby wipes," Semon says with a chuckle. "He contacted me and said, 'Thanks, but please don't send any more baby wipes!'"

It would be one of the last times Semon would talk to his dear friend. According to the Pentagon, Vazquez, 25, was killed on April 22 in Numaniyah, Iraq, when terrorists attacked his unit with an improvised explosive device. Also killed was Pfc. Antonio Stiggins, 25, who also served with the Army's 2nd Squadron, 3rd Armored Cavalry Regiment.

"I figured he was injured," Semon says of first receiving word that something had gone wrong. "I hadn't heard anything on the news ... I hadn't heard about any deaths in Iraq that day."

In tragedy's wake, Semon is picking himself up by reflecting on the privilege of knowing such an accomplished, selfless individual.

Semon, while noting how deeply 9/11 affected Vazquez, says the daring U.S. military operation to kill bin Laden would have made his friend, who died just nine days prior, enormously proud, particularly because there were no American casualties.

First Lt. Omar Vazquez learned to speak Arabic and was teaching himself Russian while deployed to Iraq. The intellectually curious warrior desired another master's degree before pursuing his doctorate.

"He was one hell of a guy. I don't know any other way to say it," Semon says. "A true scholar, a gentleman and a soldier."

The wars in Iraq and Afghanistan are not over because Saddam Hussein and Osama bin Laden are dead. American troops are still making history, as the story of one of its most brilliant students teaches us. 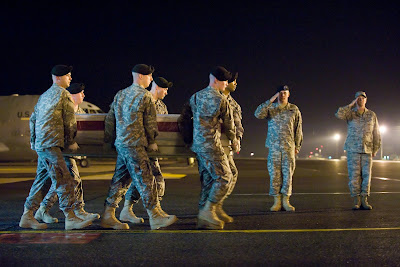