We will not tire 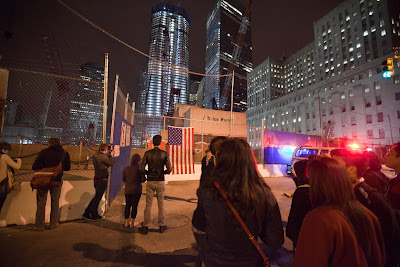 Many of us, including me, are exhausted from the raw emotion of Sunday night's momentous events. Yet imagine if you were sitting on a remote Forward Operating Base in the desolate wilderness of Afghanistan. For our troops in harm's way, who are coming off one of the deadliest months of the entire war in Afghanistan and an increased month of violence in Iraq, there is no champagne. There is only constant danger, camaraderie, and focus.

Mostly, though, our heroes in faraway lands simply miss their families and friends. They wish they could share this moment with them without having to make a phone call, send an e-mail, or contact them over Facebook or Skype. Yet our brave warriors need to know that they are still here with us at this hour. No patriotic American would dare forget all the sacrifices that were made, and will continue to be made, to make the elimination of the world's most wanted terrorists a reality.

The wars in Afghanistan and Iraq are not over. As Americans, it is our duty to ensure that a reawakened public does not forget the nearly 200,000 U.S. troops still facing serious danger overseas. In the perilous days to come, we must also lend a hand to military families at home, as well as our troops and veterans who have returned from battle.

Just 24 hours before a group of heroic special operations warriors brought the mastermind of 9/11 and countless other terrorist attacks to justice, Americans were being inundated with non-stop media coverage about a royal wedding in London. We cannot afford to return to that mindset, especially as the fear of reprisal attacks grip the spouses, children, and relatives of U.S. service members still deployed overseas.

In the days to come, you can depend on The Unknown Soldiers to bring you the personal stories of brave volunteer warriors who never quit. As I said in Sunday night's post, they've lived every day of the past nine and a half years like its September 12, 2001. Our challenge as a nation, which is finally displaying the same sense of unity we all took part in after we were attacked, will be to live every day of the next decade like it's May 2, 2011. 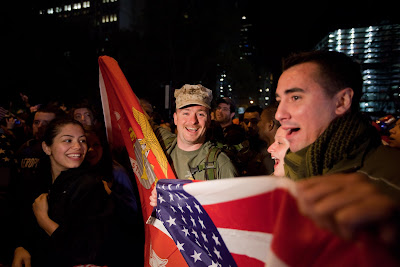