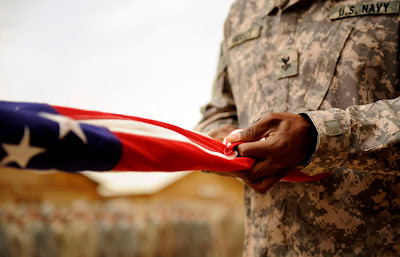 For nine American families and the close-knit Navy SEAL and 101st Airborne communities, the last 48 hours have been filled with devastation and grief. Since Tuesday's tragic helicopter crash in Afghanistan's Zabul province, the Department of Defense has been delivering official casualty notifications to loved ones of the fallen. All nine departed warriors hailed from different states, and leave behind powerful legacies of service and sacrifice.

According to the Pentagon, four Navy SEALs were killed in the crash.

The Unknown Soldiers will have much more on the lives of these patriots in the days and weeks ahead. In the meantime, as Gold Star families fly American flags at half-staff from Owings, Maryland, to Orem, Utah, we share their pain. Years of rigorous training and personal sacrifices preceded these nine men climbing aboard a Black Hawk helicopter in the middle of a rugged war zone on September 21. While one chopper may have gone down, nine courageous souls did not.