During 2007 and 2008 USO tours to Iraq, Kuwait, Qatar, Kyrgyzstan, Italy, Spain, Kosovo, and Afghanistan, Kid Rock was contemplating the true meaning of freedom. Whether performing in the freezing cold at Camp Phoenix in Afghanistan or singing during a sandstorm at Contingency Operating Base Speicher in Iraq, the performer saw the toughness of our men and women in uniform first-hand.

On September 11, 2010, Kid Rock held a special concert at South Carolina's Fort Jackson to honor the American military. Joined by southern rockers Blackberry Smoke, the Jim Beam and Operation Homefront-sponsored event was free to anyone with a military ID. Before launching into the title track off his forthcoming album, 'Born Free,' Kid Rock reflected on what it means to be an American.

"When I was in Iraq and Afghanistan, I really thought about how lucky we are to be born -- by the grace of God -- free," he told the audience. 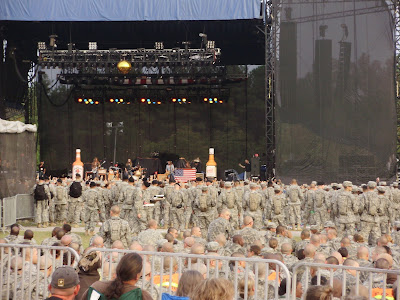 Fort Jackson's massive Hilton Field, where graduation ceremonies are often held, was divided into separate sections for troops and civilians. As I enjoyed the show from the civilian area, I kept looking over at the neverending stream of men and women in uniform. As folks in my section had a few beers and got a bit rowdy as the night progressed, the intensity and enthusiam on the civilian side never came close to matching the troops. The soldiers, especially in the front, were jumping up and down, chanting, and waving their hands in the air for Kid Rock's entire two hours on stage. 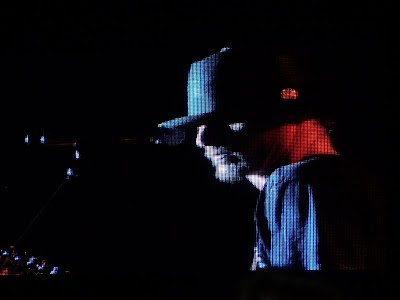 While Kid Rock belted out hard rocking tunes like 'American Bad Ass,' 'Bawitaba,' 'All Summer Long,' 'So Hott,' and 'Lowlife,' the show took a particularly thoughtful turn during 'Amen,' which contains a passage that undoubtedly hit home for many in the audience.

"And as we sit free and well another soldier has to yell 'tell my wife and children I love them' with his last breath."

During the song, Kid Rock encouraged members of the audience to shake hands or slap five with people around them who they may not know. From my vantage point, I could see hundreds of civilians waving at the troops, mouthing the words 'thank you' and 'we love you' while waving their flags. There were many other poignant moments during the evening, especially when Kid Rock and Blackberry Smoke asked concertgoers to pause and remember the innocent victims of the 9/11 terrorist attacks. 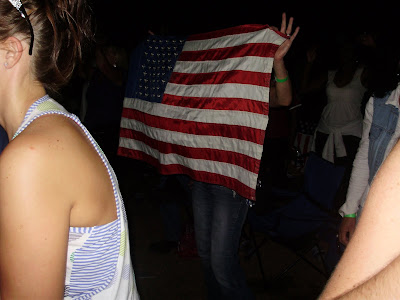 The only musical challenge Kid Rock had to overcome during the evening was making sure his voice was loud enough to eclipse the chants from the military side and the constant "U-S-A" refrain from the civilian area. Hilton Field erupted in cheers when Kid Rock said he has no patience for those who dismiss all the good America does in the world.

"To go around and fight for not only our freedoms -- but for other people's freedoms -- our country has done that unselfishly," he said. 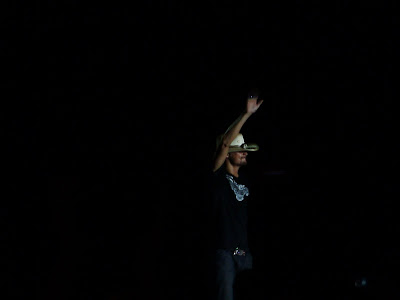 After a raucous encore which included his National Guard theme song 'Warrior,' civilians began filing out of Hilton Field into the parking lot. Yet as I walked toward my car, I noticed the thousands of troops who attended the show all standing in formation. They were chanting into the dark sky, clearly overjoyed after getting a much-deserved break from their duties.

Right in front of me, a young group of men and women in uniform, perhaps in basic training, listened to instructions from their superior. As dozens of concertgoers paused to honor our military, a woman yelled "thank you" to the group. A volunteer warrior turned his head and said, with a smile, "you're welcome."

I have nothing but gratitude for Kid Rock, Blackberry Smoke, Jim Beam, Operation Homefront, and Fort Jackson for giving these troops a fun, free, safe night to relax. Like Spc. Trampus Miller, the wounded soldier who received an all-expense VIP trip to South Carolina for the event, these service members got a chance to enjoy a unique, first-rate concert experience in familiar surroundings. As Americans, we are extraordinarily fortunate to be born free. Let's always take time to appreciate the men and women who sacrifice to give us that privilege. 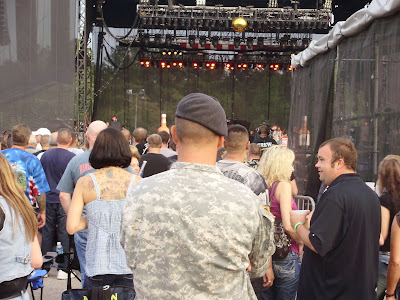