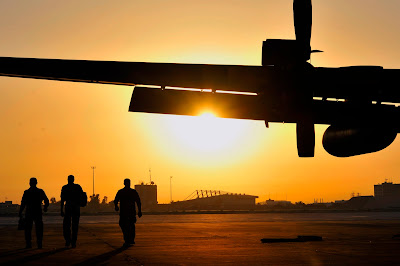 As the sun rose on the second week of Operation New Dawn, reports from the ground indicated what many military experts said last week after President Obama's speech. U.S. troops have made incredible progress in Iraq, which should be recognized and celebrated by all Americans. But no slogans offered by Washington politicians, regardless of political party, should ever trump realities on the ground. Clearly, Iraq is a much safer place than it was in early 2007 for U.S. troops and Iraqi civilians. But as we saw on Tuesday, almost 50,000 Americans are still serving in an unpredictable, hazardous environment.

The Wall Street Journal reports that two U.S. troops were killed and nine wounded in Tuz Khurmato, Iraq, when an assailant wearing an Iraqi army outfit began shooting at a group of Americans. Maj. Lee Peters told the newspaper that the gunman was eventually shot and killed by a valiant U.S. soldier. It is hard to imagine what this brave American went through on the Iraqi army commando base 130 miles north of Baghdad, but it is also clear that he or she is a hero. Even as fellow troops were being tragically killed and wounded during Tuesday's chaos, this volunteer warrior acted quickly and bravely to stop the killer's rampage.

The two U.S. soldiers killed on Tuesday mark the first American deaths in Iraq since the end of major combat operations was declared. As we pray for these two families, the nine service members injured in the attack, along with their relatives, will also be in our thoughts. The continuing war in Iraq's perils are very real to our nation's military families, which shoulder difficult emotional burdens. While a loved one is in harm's way, nothing is certain except for uncertainty.

Also on Tuesday, CNN reported that a grenade was thrown at a convoy in Salaheddin province, injuring an American soldier and several Iraqis. The U.S. military said that the terrorist who threw the grenade was killed by American forces during an ensuing battle. In western Baghdad, an al-Iraqiya TV reporter was shot to death outside her home, and a police officer and at least one other Iraqi were killed in a roadside bomb attack. To the north, a husband, wife, and relative were found murdered inside a house in Samarra.

Terrorists will not stop burying bombs, attacking convoys, kidnapping contractors, or using innocent civilians as human shields because of a calendar's date or a mission's new name. Even during intense combat in Afghanistan and economic difficulties on the home front, Americans cannot afford to dismiss events on the ground in Iraq. While our men and women in uniform have accomplished amazing things on the country's numerous battlefields, the sun has not set on the war in Iraq.