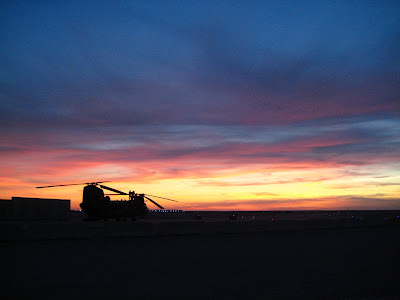 On Tuesday, Americans woke up to tragic news from southern Afghanistan, where U.S. troops are taking the fight to al Qaeda and the Taliban. According to numerous media reports, nine American service members were killed in a helicopter crash in the Daychopan district of Zabul province. Tuesday's tragedy marks the deadliest coalition chopper disaster since the spring of 2006.

Predictably, the Taliban is claiming it shot down the helicopter. As this Fox News article notes, terrorists notoriously try to claim involvement in any incident that takes the lives of our troops, even if it is potentially accidental. NATO said there were no reports of enemy fire in the area before the crash.

Also over the last 24 hours, the names of eight fallen heroes killed in Afghanistan over the last few days have been released by the Pentagon.

From Pennsylvania to Arizona, these families are grieving incomprehensible losses. In the coming days, they will be joined by loved ones of the nine volunteer warriors lost in Tuesday's helicopter crash. Even though the war in Afghanistan is more than 3,200 days old, it is difficult to ever be prepared for this devastating form of news from the front. As we hope the relatives, friends, and fellow troops of the departed already know, they do not grieve alone at this tragic hour.